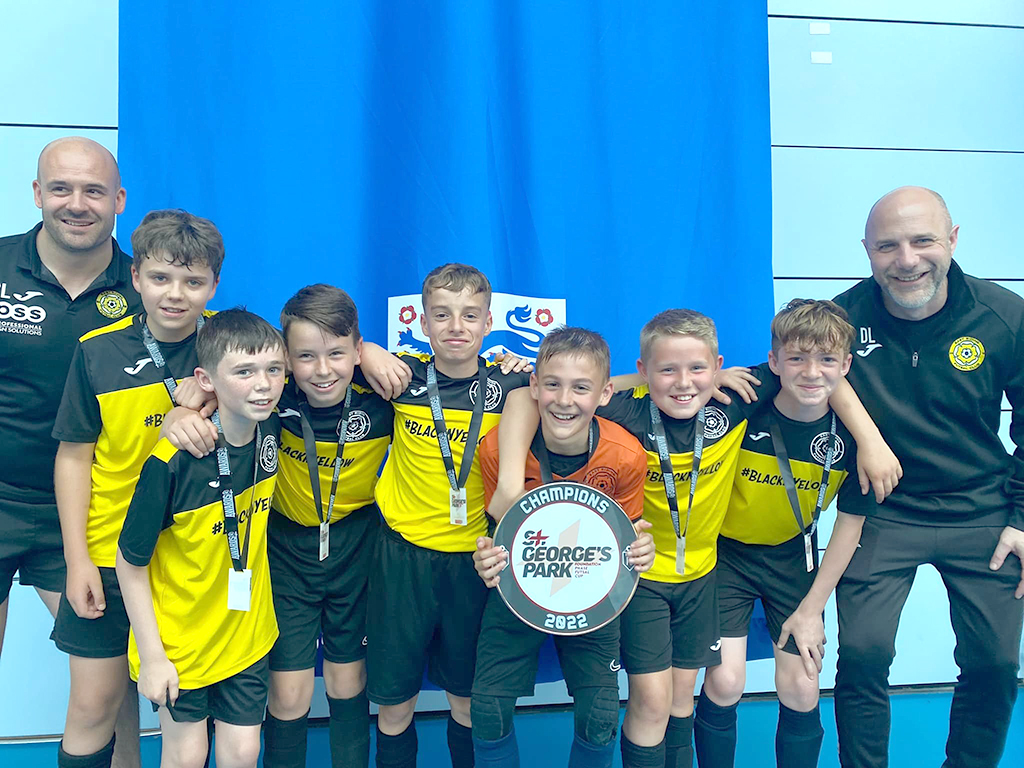 Sunday was an exciting day for some young players from the area, as they were invited to represent East Riding Futsal Club at a competition hosted at St George’s Park, home of England’s national football teams, and which includes a replica of the Wembley surface.

More than 200 players from under-nines to under-12s got to compete in a full day of ﬁxtures at the Staﬀordshire complex, which included teams from Reading Royals Futsal Club, Leicester Futsal Club and West Yorkshire Futsal Club.

East Riding Futsal Club chairman Danny Clarke said: “It was exciting to see our local Futsal club competing and visiting the England national team training camp. The facilities at St George’s Park were fantastic, and we can’t wait to return next year. Our under-12s winning the competition in the ﬁnal seconds of the day’s ﬁnal game was the cherry on top!”

Danny added: “Seeing our young kids develop is fantastic and this provides a pathway to our men’s team who have recently been crowned Tier 3 National Champions and will now play in the FA National Futsal Series, with many of the top games being covered on BT Sport.”

Local lad Joe Waddingham, who represented the under-11s, said: “I loved playing in the tournament. I got to stay at the hotel with some of my teammates the night before and met the women’s under-18s team. It was a great experience and makes me want to continue training hard so I can play in other competitions like this.”

Futsal is a small-sided indoor game played between two teams of five players with rolling substitutes and a smaller ball that is harder and less bouncy. In countries such as Brazil, Argentina, Portugal and Spain, it is normal for young players to grow up playing futsal, and many star players such as Cristiano Ronaldo, Lionel Messi and Neymar credit their skills to the game.

For those wanting to find out more about futsal, follow East Riding Futsal or ER Futsal League on Facebook.