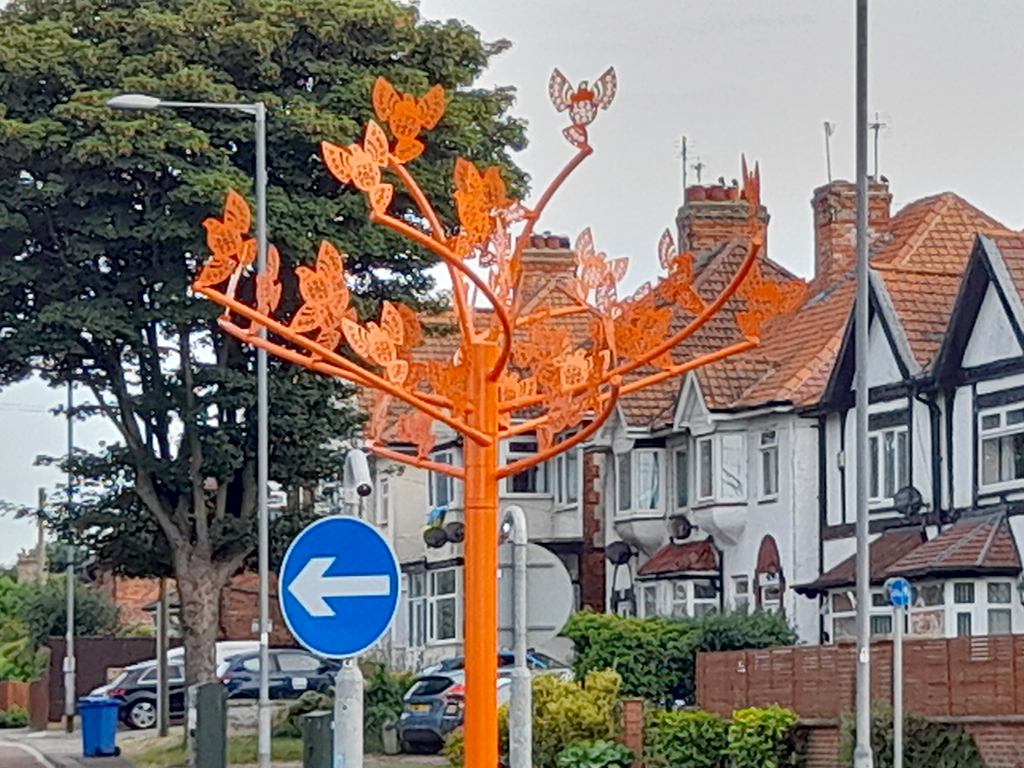 A sculpture that was targeted by graffiti vandals has been reinstated after undergoing a full restoration.

The Murmuration, on the Tesco roundabout between Hull Road and Southgate, was removed in April after it was defaced with blue and white tags.

The bright orange artwork, inspired by the 1971-1972 Muramics wall plaques by John Clappison, is one of the landmarks on the Hornsea Pottery Trail, which was designed by ceramic artist Adele Howitt and launched in 2019.

Councillor Barbara Jefferson said she was pleased to see the “iconic” piece of art restored to its former glory – but not everyone is a fan. Local resident Mark Bond called it an “eyesore”, adding: “We had a lovely little island before, planted up with flowers in the summer and autumn, and a tree with lights at Christmas. Now we have a roundabout that wouldn’t look out of place on an industrial estate.”