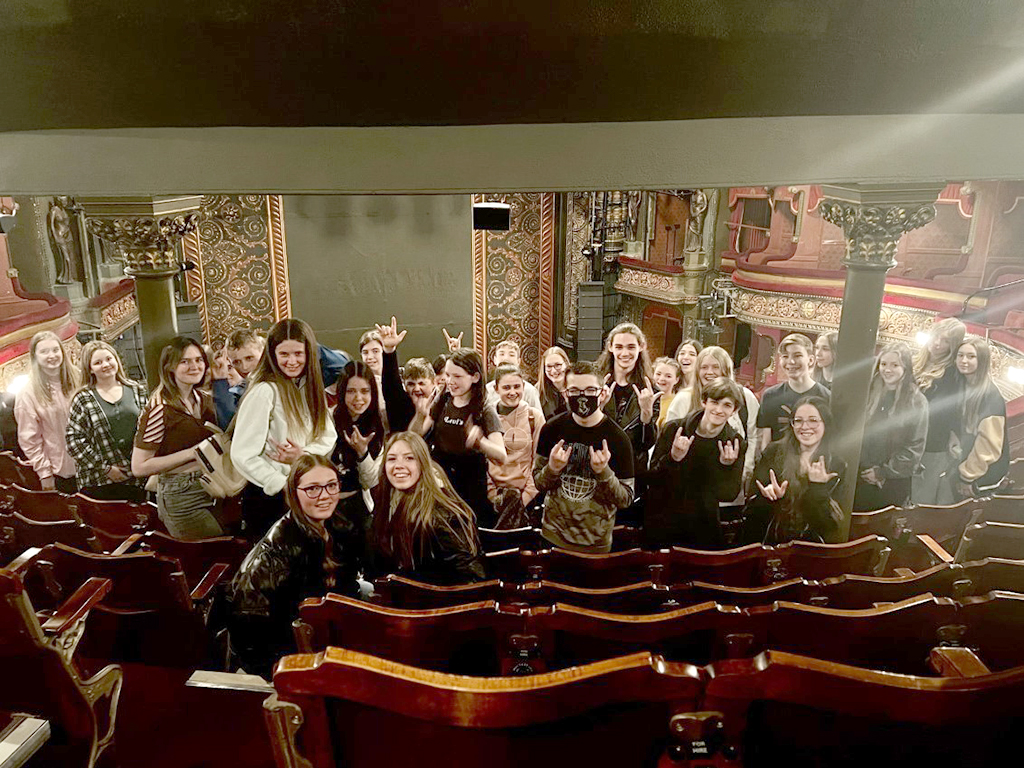 Staff and pupils at Withernsea High School are entering into final rehearsals for their latest musical production.

School of Rock – The Next Generation is based on the 2003 cult film starring Jack Black as slacker Dewey Finn, who turns a class of straight-A students at an uptight elementary private school into an ear-popping, riff-scorching, all-conquering rock band, after he was kicked out of his own rock band. As they prepare for the Battle of the Bands, can Dewey make them embrace the empowering message of rock?
The film was turned into a stage musical by Andrew Lloyd Webber and has received rave reviews on Broadway and in the West End of London.

Now some 30 students, from Years 8 to 11, former students and staff of Withernsea High School are bringing this musical extravaganza to the stage and their production will certainly be one of the must-see events of the year.

Taking the lead as Dewey is polished Year 11 performer Ben Miller, who wowed audiences as Freddie Mercury in the school’s 2020 production of We Will Rock You, and he is joined by Year 10 pupil Izzy Hodgins as Rosalie Mullins.

Dancers, actors and musicians are all school members, with some former members and staff adding roles that promise to make the show a performance well worth seeing, with live music being the key.
In charge of the production are four members of staff, who have worked hard to bring the show to the stage.

Richard Mabbott, a music teacher at the school, said: “It is a pleasure to work with such a talented group and it is great to emerge from the pandemic-enforced hiatus with this brilliant production. It gives the pupils the chance to really show of their skills as stage performers and will give more pupils the encouragement to get creative in the future.”

School of Rock takes to the stage next Tuesday, Wednesday and Thursday, July 5, 6 and 7, with each performance starting at 6.30pm.

Tickets, priced £4 for adults and £3 for concessions, are still available and may be purchased in person at the school reception, by contacting the school on 01964 613133, or at the door.