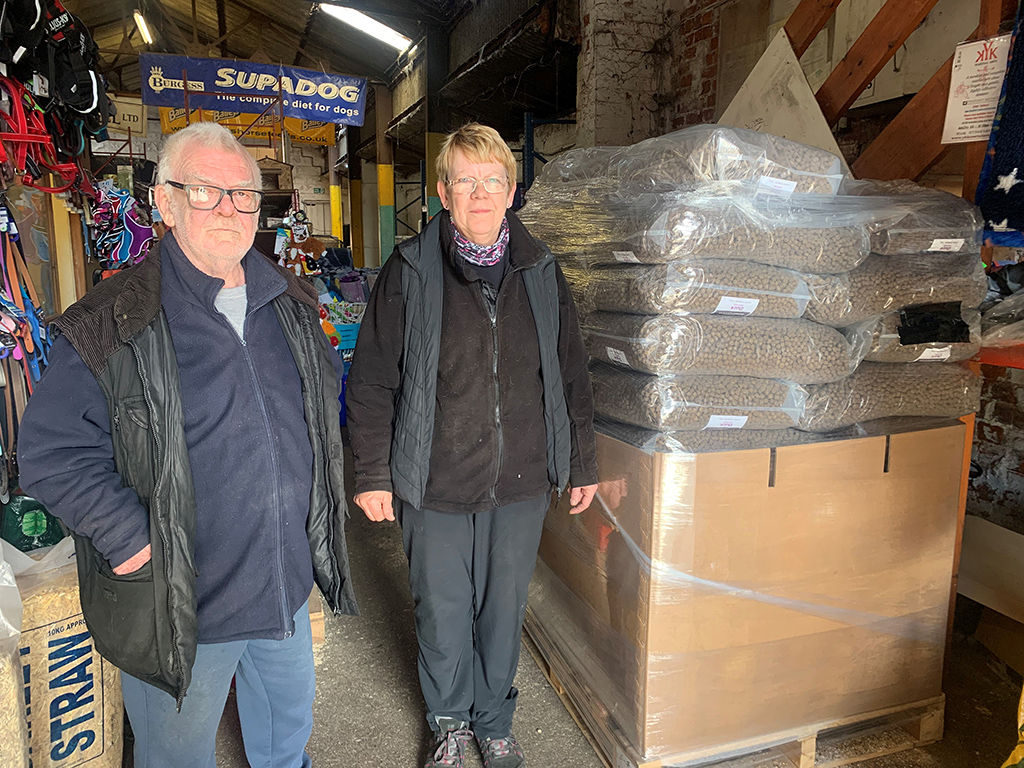 The owner of a Withernsea pet store has thanked customers for their generous donations to the Ukraine appeal.

Jane Willingham of Belshedo Pet and Animal Supplies, in Alma Street, set up its own donation point after learning that many pets were being left behind by Ukrainian families fleeing to neighbouring countries. Those who were managing to travel with their pets often faced a struggle to get food and supplies.

Although Jane, along with Charlie Metcalf, only intended to send out one trolley full of supplies, they were soon taken aback by the response from local people.

Jane said: “The people of Withernsea and surrounding areas have been absolutely amazing. From children coming in with £2 of their pocket money and asking to buy something to put in the trolley, to people ringing me up and asking if we have a PayPal account.

So far, Belshedo has collected food and essential items for animals such as dogs, cats and rabbits. The amount of donations has also prompted Jane to take four van-loads of supplies to the Eastside drop-off between Preston and Hedon. The donations will then be collected by Hull4Heroes before heading to Ukraine.

The pet store owner has also had some help from her Facebook friends and the Belgian Shepherd community for which she regularly judges competitions. One person even donated 50 bags of food totaling around £1,500.

She added: “I started out thinking that if we only get one trolley load then it would have helped. Now, I have got my fourth trolley load ready to take to Eastside.”

Charlie said: “We had an older lady come in, and she brought in two tins. She asked if it was any good. I told her course it is – two tins of cat food, it will help the cats. It’s amazing what they are coming in with.”