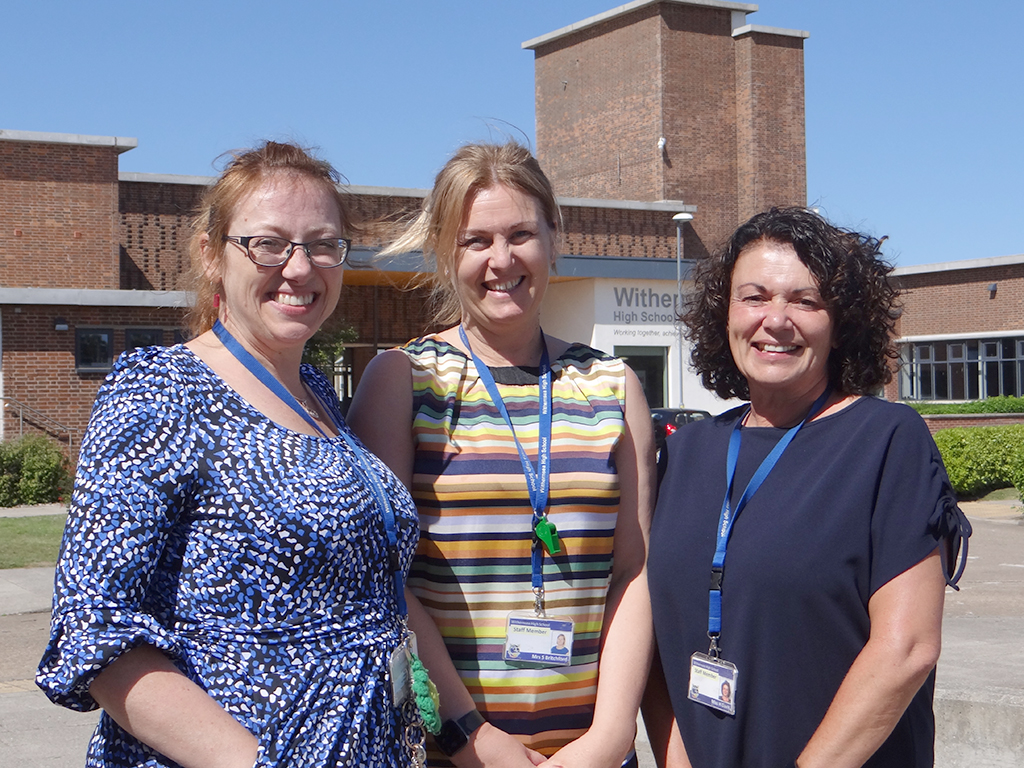 The end of the academic year brought with it the end of an era at Withernsea High School when five long-serving members of staff were among those saying goodbye as they left for pastures new.

Racking up a combined service of almost 130 years between them, the group have been praised for their commitment to the school and its students, both past and present.

From the teaching staff, Sarah Britchford (teacher of science) leaves after 25 years, Janine Keith (teacher of art) after 22 years and Hayley Davis (various roles but latterly teacher of maths) after 20 years.

Meanwhile, for office manager Katharine Emerson and SEN manager Elaine McCreaddie, their
departure marks the start of a well- earned retirement after 32 years and 30 years’ service respectively.
In an emotional leaving ceremony held at the school last Thursday afternoon, the departing staff were given a platform to share their memories and, in turn, be thanked for their dedication to the school.

Head teacher Mark Crofts said: “On behalf of the entire Withernsea High School community, I would like to thank our departing staff for their contributions to the continuing success of the school and wish them all the very best of luck for the new roles and challenges that await them in September.

“Their commitment to our school has been invaluable and deeply appreciated by the countless students who have had the privilege of being supported by them during their time with us.”

Also leaving the school were a number of staff who may not have been there for the length of time noted above but, in the relatively short time they have been there, have made a real impact and a valuable contribution to the lives of its students. These include Matt McGrath (head of science), Marcus Hall (teacher of maths), Luke Chambers (teacher of English), Damien Halls (teacher of DT)
and Lauren Sainsbury (cover supervisor).