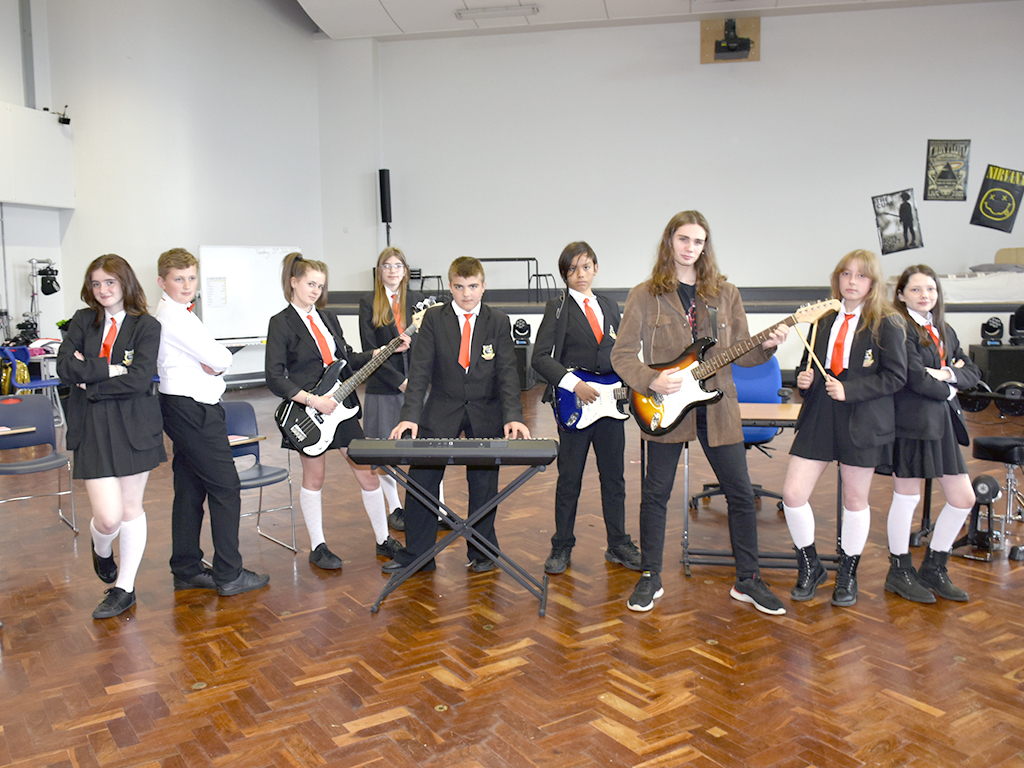 Withernsea High School’s latest musical production finally took to the stage this week, after being delayed by almost 17 months due to Covid.

However, the wait has been well worth it as School of Rock – The Next Generation opened on Tuesday for three nights.

School of Rock tells the story of wannabe rock star Dewey Finn who, in need of cash, poses as a substitute teacher at a prestigious prep school, Horace Green. When he discovers the students’ musical talents he enlists them to form a rock group to conquer the Battle of the Bands.

The opening performance on Tuesday suffered a few minor hiccups, to be expected in such an ambitious production, but the cast soon settled into their roles, gaining confidence very quickly.

Playing the part of Dewey was Year 11 student Ben Miller who admirably demonstrated his talent and obvious love of anything musical, and soon gained the support of the appreciative audience. Ben played the lead in the school’s last production, We Will Rock You in 2020, and has developed into a brilliant entertainer.

Izzy Hodgins plays Rosalie Mullins, the stuffy school principal, who is gradually won over by Dewey’s charms, despite discovering his subterfuge. Her powerful voice has a maturity far beyond her young age and the audience certainly fell in love with her.

From just having relatively minor parts the rest of the cast grew in confidence and became individuals, with some great performances and brilliant bursts of humour.

However, you could hear a pin drop when young Marianne Campbell, playing Tomika, produced a huge rendition of Amazing Grace which left the audience spellbound with her talent. This young lady will go far.

The backing band, pupils, staff and former pupils, would not be out of place in any West End production. Under the directorship of Lewis Fryer and conducted by Richard Mabbott they were a key part of the whole show.

Sound and lighting was provided by ITSL and prop design and stage management was the work of several pupils.

The creative team of Bethany Lewis, Jamie Hughes, Lewis Fryer and Richard Mabbott can be justifiably proud of the production and have worked hard to mould the performers into a very creditable group of entertainers – and it begs the question, what next?

The final performance is tonight, Thursday, July 7, at 6.30pm in the main hall. There are a few tickets left which can be obtained at just £4 for adults, from the school office in person or by telephoning 01964 613133. Do not miss the chance to see this brilliant show.

OUTSTANDING: The School of Rock band at rehearsals