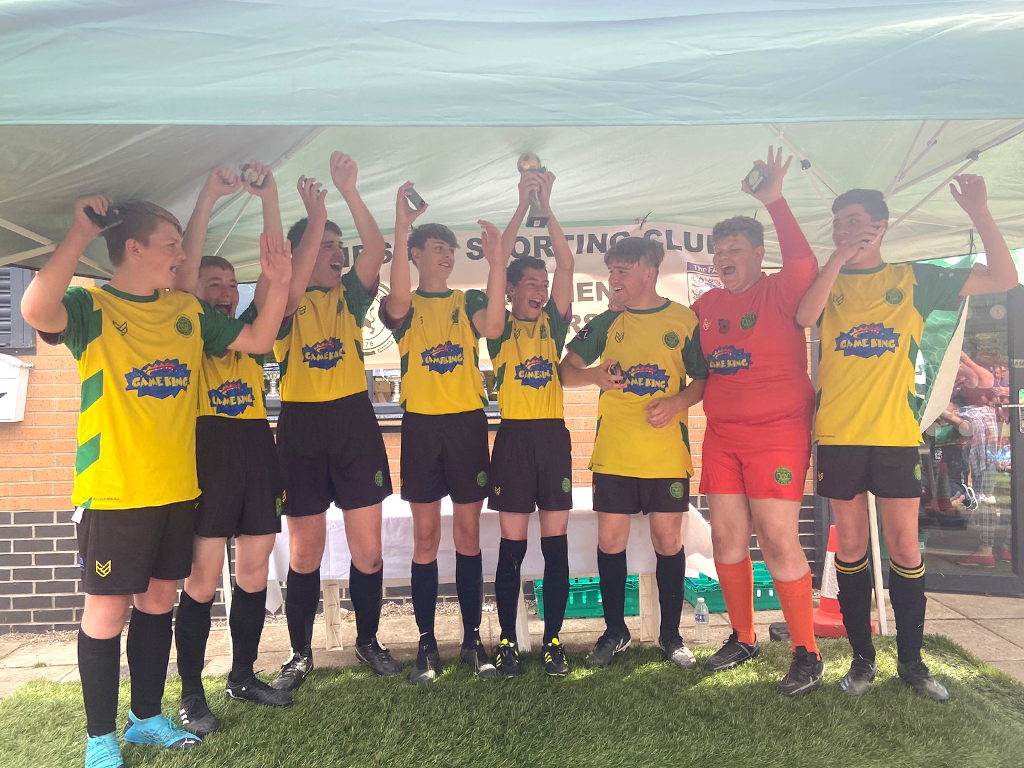 On Sunday, July 3, Withernsea Under-14s competed in the Hessle Sporting football tournament in the under-15s category.

The full squad was split into two teams and were picked out of a hat to make things fair. The teams were very even, and all were happy with the decision.

The Pinks had Sam, Rhys, Henry, Liam, Freddie, Blaike, Alex and stand-in goalkeeper Mackenzie.
Both teams played amazingly well during the group stages, and both reached the semi-final, which meant they had to play each other.

They all played their hearts out and of course there could only be one winner – the Withernsea Yellows came out on top and unfortunately the Pinks were on the losing side.

It was an amazing achievement to get both teams in to the semi-final and all three coaches, Mark, Craig and Gav, were delighted.

The final came around and the Yellows were on fire against a brilliant Costello side. The Pinks were also delighted to watch their teammates in the final and with two goals to nil, the Withernsea team achieved the victory. It was great to see both teams hugging and cheering at the end.

A fantastic day was had by all, and now onwards to the Withernsea Tournament next week.