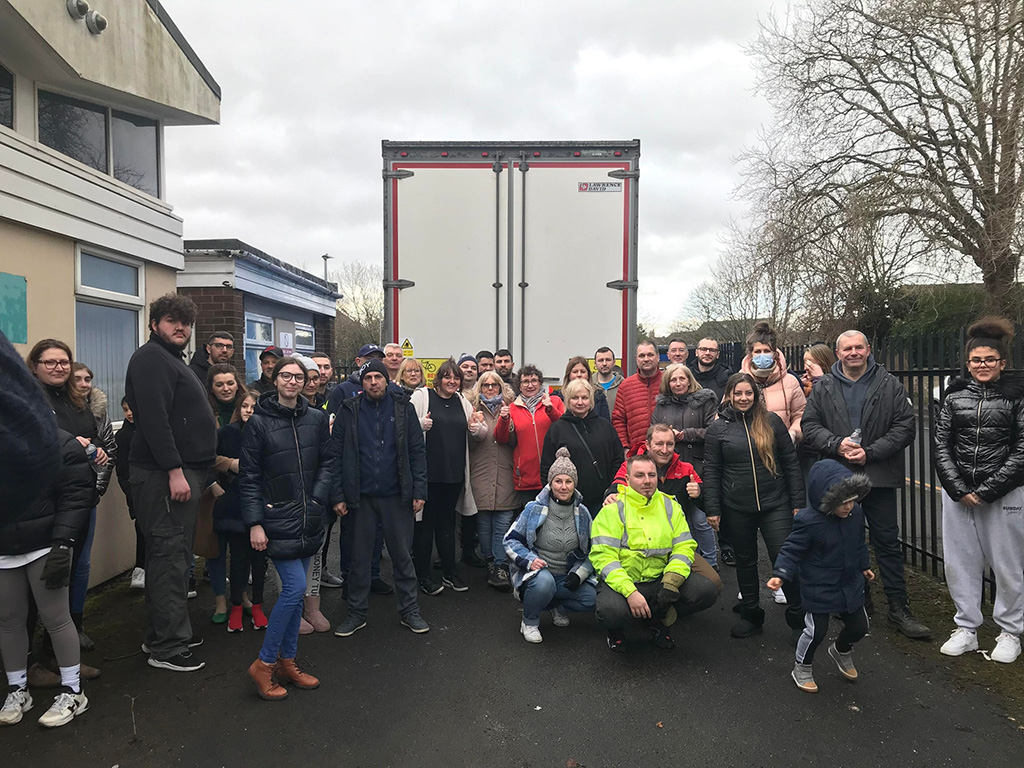 Organisers of local efforts to help the people of war-torn Ukraine have said they have been overwhelmed by the response from people across our region.

As reported in the Gazette last week, a number of groups in our area were quickly mobilised  after the Russian invasion on February 24, including Hull 4 Ukraine and Beverley for Ukraine, while Humber Rescue also set up a donation unit.

In Withernsea, the Gazette, in Seaside Road, and Ren’s Pantry, in Queen Street, are taking donations for Hull 4 Ukraine. People are asked not to donate clothing, but warm coats and boots, blankets and sleeping bags would be most welcome, and essential items include first aid kits, dry food, babies’ nappies, sanitary wear and toiletries.

The donations collected in Withernsea are being sorted at the Freedom Centre in Preston Road, Hull, and the Living Hope Christian Church in Linnaeus Street, Hull, which has been inundated with items. A Hull 4 Ukraine spokeswoman said the appeal would continue “as long as we are needed”.

She added: “The group is coordinating constantly with people in Ukraine and Poland. A lot of the main donations go to the refugee camp near the border. So we are sending the relevant supplies to the people who need them and when they need them.”

Donations look likely to be needed for some time to come, after the UN said the number of people fleeing Ukraine had now reached two million. They warned that the second wave of refugees was likely to be more vulnerable than the first.

Hull 4 Ukraine said one man had come all the way from Newcastle to make sure emergency supplies made it to Ukrainian soldiers, and that vans and lorries were coming to collect shipments to take across to Ukraine or Poland every day.

The spokeswoman added: “I was reduced to tears by a Ukrainian lady coming to donate and say thank you, when her only family are trying to escape Ukraine.

“It is purely a group effort. Small hearts can do big work when they beat together.”

Meanwhile, there have been growing calls for the Government to waive visa requirements for Ukrainian refugees. Numerous Ukrainians with British relatives have been reported to be held up by red tape in Calais, despite being eligible to enter the UK.

Beverley and Holderness MP Graham Stuart told the Gazette: “The Home Office is offering one of the most generous humanitarian packages in the world for those fleeing Ukraine, and the country’s nationals already in the UK.

“Under the Ukrainian Family Scheme, and the humanitarian sponsorship pathway, the UK could accept hundreds of thousands of refugees. Given the acute security challenges in Ukraine, it is right the Government continues to protect the public by maintaining vital security and biometric checks.

“However, we can move faster, and I know Priti Patel is looking to accelerate the speed of these checks, which I wholeheartedly welcome.

“Putin’s illegal and brutal assault on this democratic country is appalling and our country will continue to stand tall in solidarity with the indomitable people of Ukraine.”