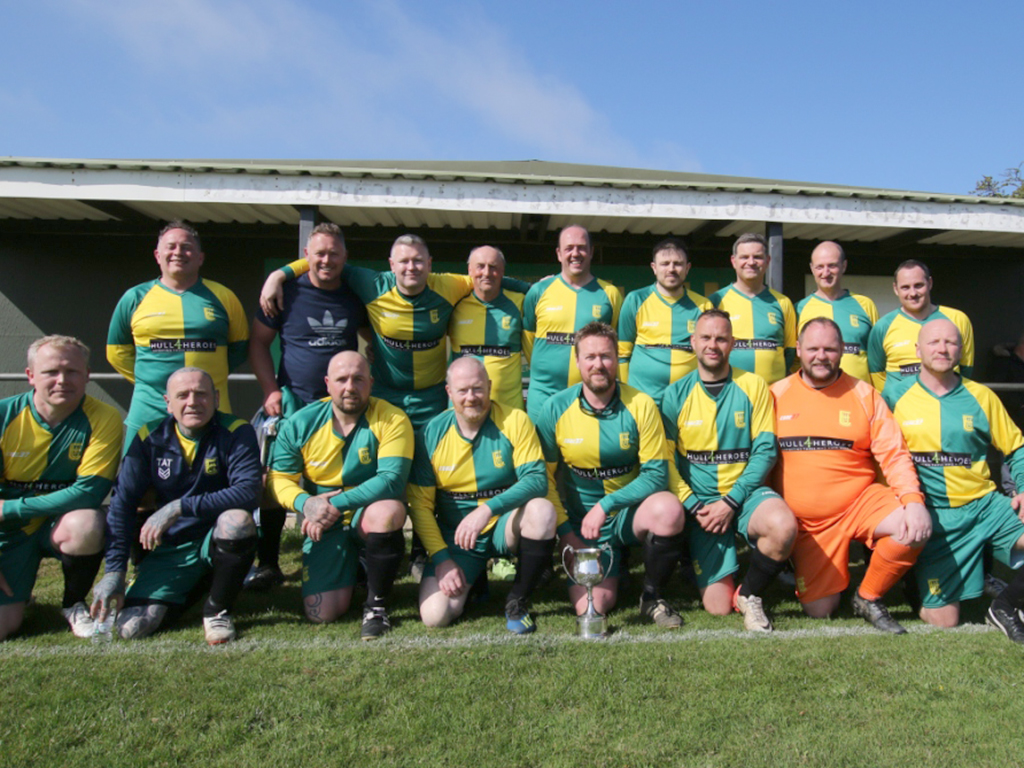 The Eastenders’ involvement in this season’s East Riding County League campaign will end on Saturday when the Fourths complete their Division 7 schedule with an away game at Goole United Academy (2pm).

The likelihood is that it will not only the last game of this season but – as far as a fourth team is concerned – the last fixture for some time, after what has been the most chastening of experiences.

At time of going to print there are fears that the end may come – perhaps appropriately given much of what’s gone before – courtesy of the conceding of points, with player availability again at a premium.

Whatever the eventual outcome, Saturday’s conclusion will see the ‘Fours’ join their Reserves and Thirds counterparts in bringing things to a close. Given the constant struggle with numbers, it’s perhaps not surprising that all three teams have finished at the wrong end of their respective divisions.

The same is true of the Eastenders first team squad although at least, with two (possibly three?) games to play, they are still in a position to improve their current placing.

Defeat at Beverley last weekend meant Craig Foster’s side missed the chance to open up a gap on bottom club Goole United. With their rivals set to complete their campaign at Hutton Cranswick SRA last night, the locals could find themselves back at the foot of the Humber Premier League Division 1 table when they travel to play Bridlington Town Rovers on Saturday (2pm).

The locals then host Hutton Cranswick on May 7, with a decision on the recently aborted Driffield Evening Institute game still awaited.

Foster and assistant Craig Smalley welcome Jack Wright back for the trip to Queensgate but will be without skipper Kris Fitzpatrick. In addition, youngster Ollie Bewell is an early doubt.

Finally on the Saturday front, the club has entered one team into this year’s South Holderness Cup competition. Details of the draw are still to be confirmed.

The Awd Ezzies’ scheduled Hull Vets League Division 5 Cup-tie at Holme Rovers will now take place next Wednesday at 6.30pm, and not this Sunday as originally scheduled.

A bright but breezy afternoon drew a decent crowd to Low Farm, allowing those present to again honour one of the club’s finest servants while also remembering those we have said goodbye to over the past twelve months.

Away from the action, on Saturday there is a Coffee Morning in aid of club funds, which takes place in Easington Community Hall (10am).

The Eastenders’ annual presentation evening has been set for Saturday, 11 June in the Marquis of Granby and tickets are also now on sale for the club’s 75th Anniversary Dinner, which takes place in the Circle Restaurant at the MKM Stadium on Saturday, 24 September. Guest speaker is former Newcastle, Liverpool and England star Peter Beardsley MBE, with MC/comedian John Gillan. Tickets are priced £40 and available from either Daniel Campbell (07794 572250) or Stuart Campbell (07792 770475).