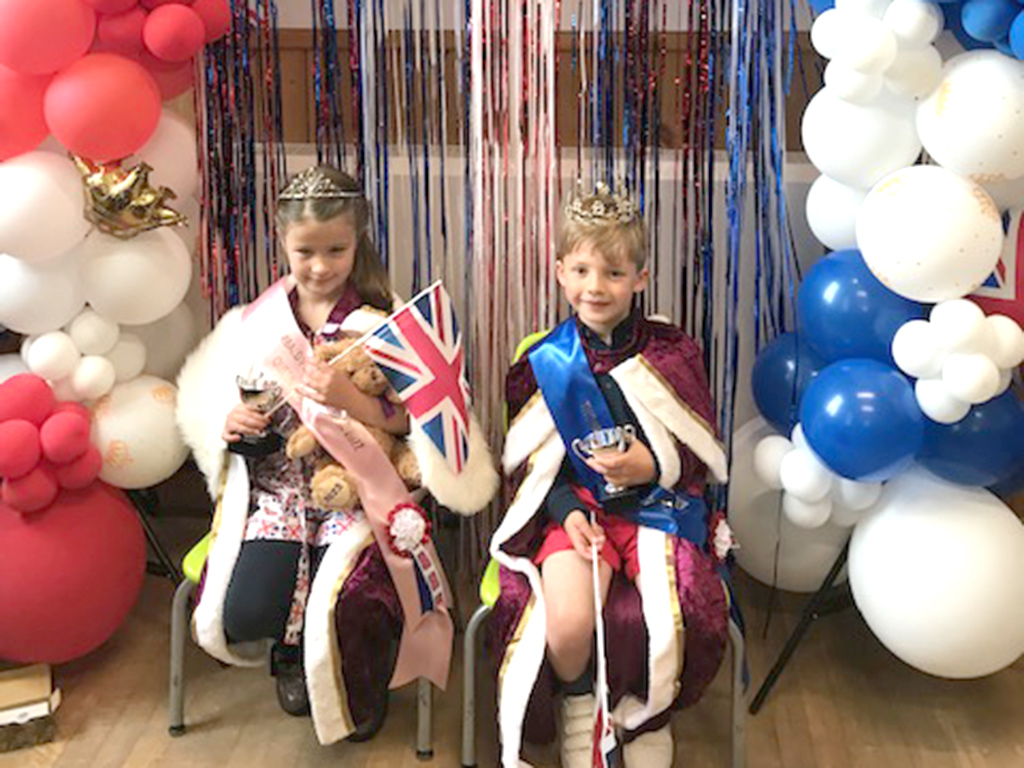 Thorngumbald celebrated the Queen’s Platinum Jubilee with a gala on Sunday, June 5.

The Gala King was Alfie, and the Gala Queen was Sophia (sister Elise stepped in initially as Sophia was ill), but the recovered Sophia later reclaimed her throne. Deposed Queen Elise was also the winner of the fancy dress.

The traditional silver salver, awarded annually for good service to the village, was presented to Michelle Hall by parish council chairman Ben Munro.

Michelle received the award for organising the Santa trail around Thorngumbald and Burstwick, and also for decorating her house with great enthusiasm.

Michelle was also part of the Jubilee Committee, and difficult decisions had to be made when the weather meant that the event had to be held in the village hall instead of on the playing field. There was still a good turnout and the stallholders reported good takings.