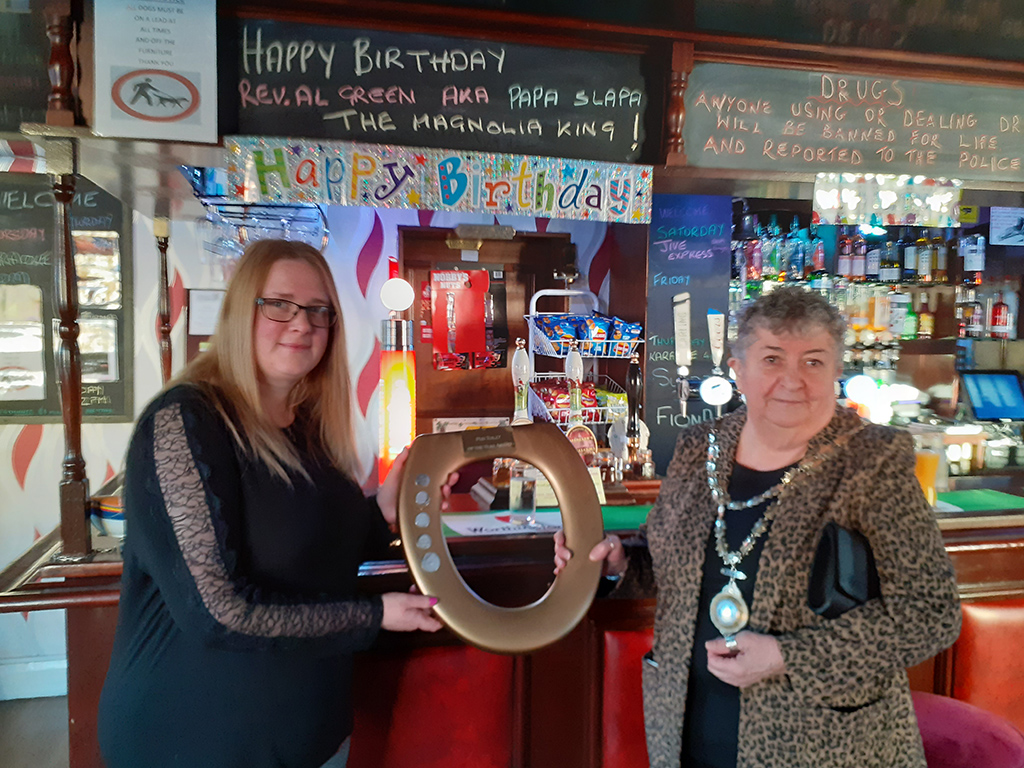 The Alma in Withernsea has been presented with the 2022 Pub Toilet of the Year award.

On Saturday, March 19, Withernsea mayor Felicity Walmsley and her deputy, Jacqui Blackburn, made the presentation.

The awards have become an annual event in Withernsea having originally being set up by Pat Wilkinson, Cllr Walmsley, Cllr Brian Cloke and Richard Harries.

Pat Wilkinson said: “The award was started by Withernsea17 as a tongue-in-cheek way of finding where Withernsea’s culture was growing. The original award was presented at the millennium by then-mayor Keith Hardcastle, from whom we took inspiration.”