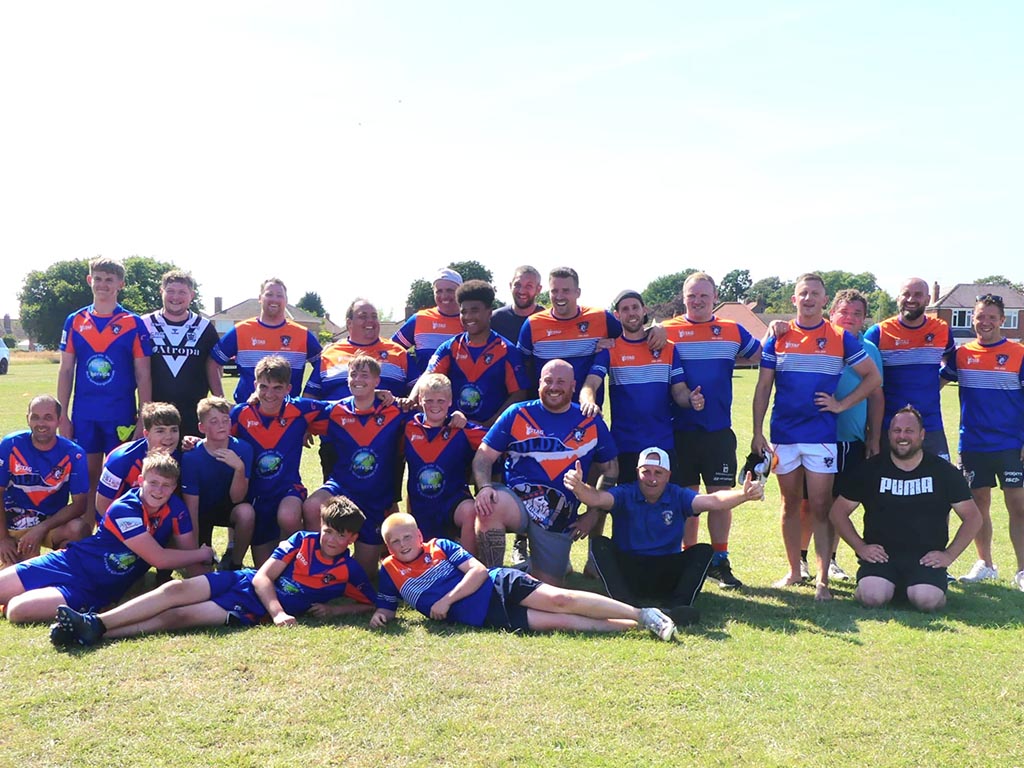 Rebranded as the Vikings Big Bash for 2022 and being held in honour of the club’s founder and original Viking Joe Tripp, the day was bigger than ever and played out in great weather.

It kicked off with rugby fixtures as the U11s welcomed Lambwath for their league fixture before the Cubs, U6, U7, U9 and U10s played their fixtures against the likes of Lambwath, East Hull, Hull Wyke, Skirlaugh and Hull Dockers. The rugby was completed when the U12s played their dads and coaches before a mixture of coaches, parents and U14s played out an entertaining exhibition match.

Around the field there were bouncy castles, cake and sweet stalls, face painting, tombola and raffle, ice cream van and the popular stocks for the coaches and team managers to be drenched!

Food was on hand with the usual café offerings before an afternoon barbecue and an evening hog roast generously donated by East Riding Engraving.

The evening saw entertainment from Martin Jackson and the Embers as well as a well-supported memorabilia auction with people’s thirst quenched with the offerings from the bar.

It was a great day for the club and was achieved through the hard work of organisers and many volunteers on the day. The full club pulled together and delivered on the hopes we had when planning the event. We look forward to repeating it again next year!