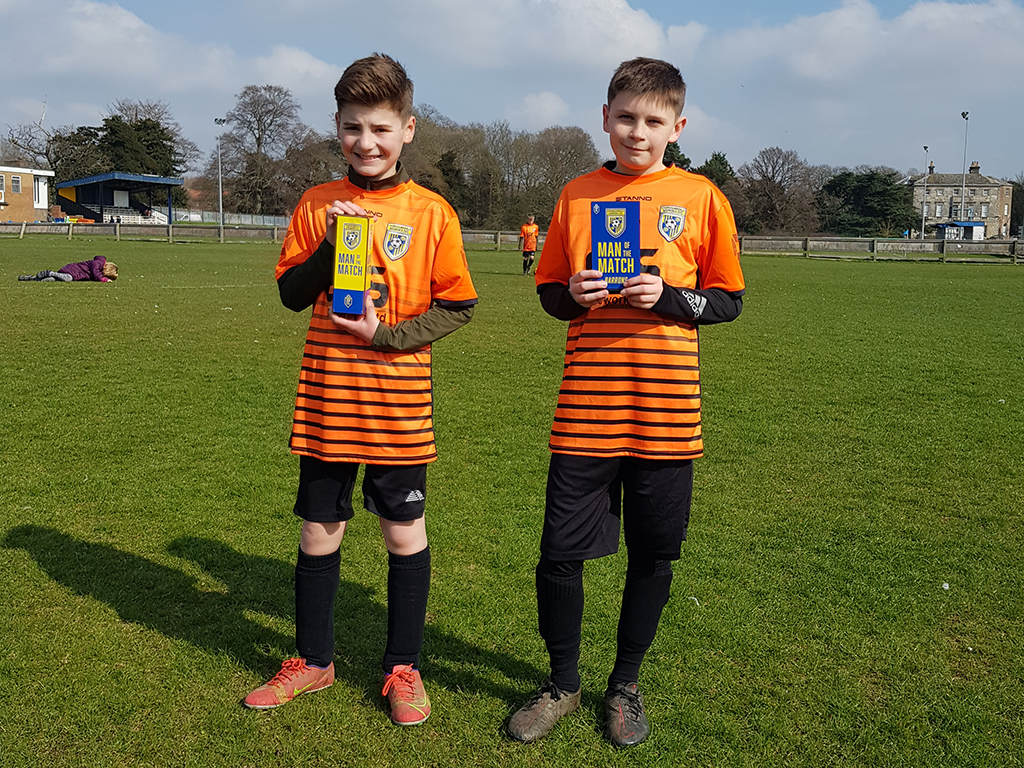 Thorn Barrons U11s travelled to Haworth Park to face Hall Road Rangers Cobras, a team that have always been strong and where Barrons have had some great games over the years.

Jack D got the Barrons off to an excellent start, Joe slotting the ball meticulously to Jack on the left, who then curled it past the keeper, from just inside the box, after only nine minutes.

Defending was tight from the Barrons and Liam at left-back was strong in his one-on-one battles, as were Freddie and Scarlett. Noah donned the gloves, and proved again what an excellent utility player he is, saving shots, sweeping up and kicking long for the attackers to run on to.

Hall Road showed their strength and skill and were able to score some excellent goals. This game was always going to be tight. Elliot, frustrated with some of the challenges on him, picked the ball up just inside the Hall Road half and ran directly through players before smashing the ball with his left foot past the keeper; making the scoreline close at half time.

The second half got off to an electric start. Joe played a ball through to Taylor on the right wing who battled with defenders; the ball then came to Rhys who hit another nice left-foot strike from just outside the six-yard box. Jacob and Alex came on in the second half and quickly got into the rhythm of a fast-paced and competitive game; both doing their jobs well.

Parents’ MoM went to Taylor who had some amazing touches and runs on the ball, with a shot going just wide.

Coaches’ MoM went to Jack D who showed good feet and whose goal set the tempo and standard for the rest of the game.

Coach Mike said: “What a performance from this Barrons team – probably the best I have seen us play. We asked our team to be consistent with the passing and this showed today. Lots of good performances throughout the entire team. Well done. Good luck to Hall Road for the rest of the season. A team that always puts on a good game.”

Thanks as always to our sponsors, Riley Engineering and EPS Pipeworks.