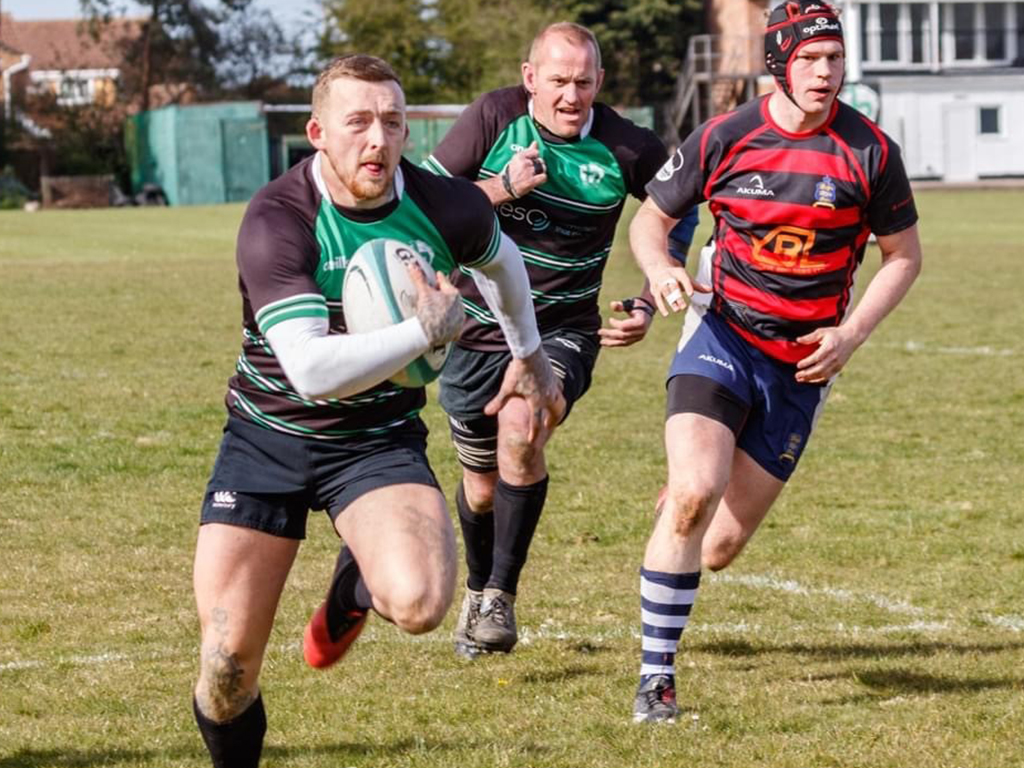 Hornsea’s 2021/22 season came to a close with an entertaining tight affair at the Hollis Recreation Ground.

Playing with the wind, York went on the attack straight after the whistle, and when Hornsea were penalised for coming in from the side, a well struck penalty saw the visitors take a 0-3 lead with just four minutes on the clock.

Hornsea hit back straight away. A powerful break by Ben Copley, supported by Dan Cook, saw the Hollismen head into the York 22. Good hands by the backs then saw the ball out to left wing Sam Moulds who raced to the line to score out wide to give Hornsea a 5-3 lead.

York scored a quick brace of tries in the next 10 minutes, one of which was converted to give them a 5-15 advantage with ten minutes of the half remaining.

Hornsea dug in for the remainder of the half with some brave defence keeping York out and keeping them in the game, knowing they would have the wind advantage in the second half.

With the wind on their backs, Hornsea started the half brightly and they soon reduced the deficit following another Copley break with Mark Thomas on hand to take the offload who crashed over the line. Thomas converted to take the score to 12-15 still in York’s favour.

Hornsea’s Ben Copley gave Hornsea the lead as the powerful number 8 outmuscled the York defence to go over for a fine try, capping a superb display at the back of the scrum.

Hornsea had most of the territorial advantage now but York were holding firm. However, they could not stop man of the match Andy Finch as he was put in space, with the Hornsea wing ghosting his way to the try line to the delight of the home crowd, giving Hornsea a 22-15 lead.

With five minutes to go, York had a rare flurry into the Hornsea half and managed to score a well-worked try out wide. The conversion was needed to bring the scores level but it was not to be and Hornsea held out for a fine victory, their first over York for nine years.

It was nice for Hornsea captain Gareth Laycock’s six-year reign as captain – a club record – to end with a victory after all of the effort and commitment he has shown over the years. The lads owed him that and they produced enough on the day to scrape the victory.

The club would like to thank all sponsors, members, supporters and volunteers who have made, and continue to make, Hornsea Rugby Union Club the club that it is.