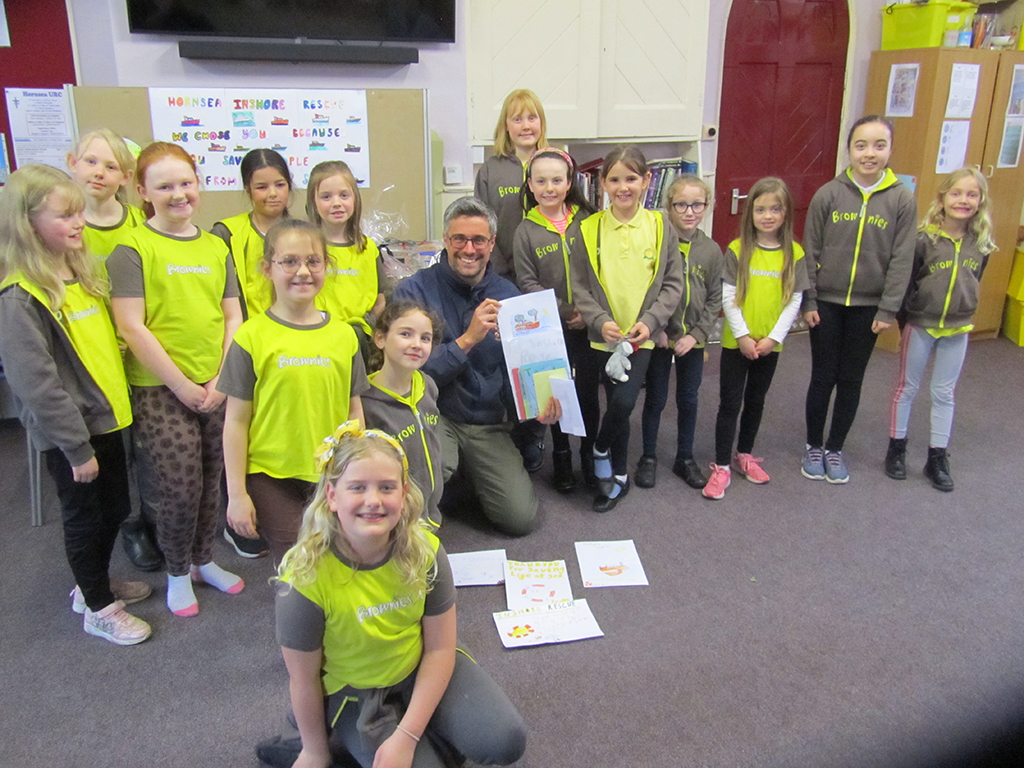 Hornsea Inshore Rescue has said it was “delighted” to receive a number of much-needed donations towards its £40,000 plus yearly running costs.

Sue Hickson-Marsay, chairman and lifeboat station manager, received £600 from Pauline Gell on behalf of the Ladies of the Swan in Seaton, who raised the money by selling handmade crochet, knitwear and home-baked cakes. They kept half of the money, with £100 being given to the Hornsea First Aid Centre, £100 to the Hart Minibus and the remaining £100 going towards the Ukraine appeal.

The Hornsea Inshore Lifeboat Supporters group (HILS), based at Skirlington, donated £5,000 raised by car boot sales, an indoor mini-market, craft stalls, an auction for a trip on the lifeboat, and a Christmas market that raised £600.

Elayne Greenhough started the group in September 2021 as her grandfather had been in the Merchant Navy, saved many lives and was always a strong supporter of the lifeboats. He had a soft spot for Hornsea and was a regular visitor along with a young Elayne. The group has already raised £570 in 2022, which will be added to during the coming months’ activities with a presentation being made later in the year.

Hedon Insurers, long-term supporters of Hornsea Inshore Rescue, also made a significant contribution. Manager Anne Walters said: “We have always supported Hornsea Inshore Rescue who go above and beyond to save lives ­– they are brilliant. We were so inspired by the work of HILS that we decided to add to the funds by £500.”

And, last Monday, Hornsea Inshore Rescue was presented with £262 by the First Hornsea Brownies. Last year several Brownies visited the lifeboat’s HQ and decided to make it their chosen charity. The donation was gratefully received by Coxswain Steve Hall who gave the Brownies a short talk on sea safety and the work of Hornsea Inshore Rescue.

Hornsea Inshore Rescue is a totally independent organisation run entirely by volunteers and receives no government nor RNLI funding. Volunteers are always welcome, whether they would like to serve as crew (comprehensive training is given), fundraisers or general helpers. Anyone interested is welcome to phone Sue on 07796 257989 or Ian on 01964 534302.