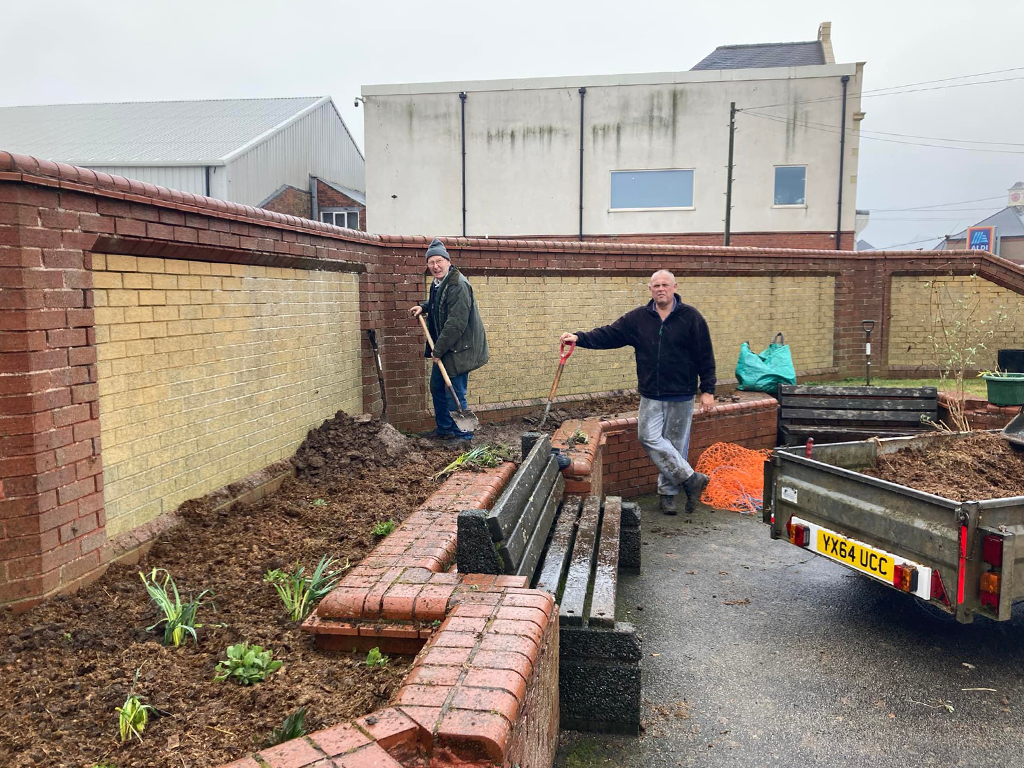 Members of the Withernsea Celebrates the Jubilee committee have been putting the final touches to their Jubilee garden.

The garden is one of two being created in the town as part of the Queen’s Platinum Jubilee celebrations. The second project, in Italian Gardens, is being led by Withernsea Town Council.

Throughout late February and March, members of the Jubilee committee have worked on the garden behind the bus stop in Pier Road. The once plain land, which was provided to the committee by the town council, is being transformed into a vibrant space for townsfolk and visitors to enjoy.

Despite having a set budget for the garden, committee member Josie Briggs told the Gazette that members of the community had come together to donate plants and seeds. Although many flowers will be revealed in the coming weeks as they grow, others such as daffodils and roses are already in bloom, showing a taster for what is to come.

Further plans for the space also include the planting of crab apple trees which have been carefully selected to withstand the coastal weather. It is also expected that Darren England will make special plaques for the garden, which aims to attract wildlife such as bees, butterflies and other insects.

The committee are still meeting to discuss other plans for the long bank holiday weekend of Thursday, June 2, to Sunday, June 5. One of the first events will be the lighting of the beacon on the promenade in unison with more than 1,500 beacons across the UK, the Isle of Man, Channel Islands and overseas territories.

While many plans are yet to be confirmed, members of the committee said there would be about 70 events for people to get involved with over the four days, including a Picnic on the Prom and village fete on June 3, and Proms on the Prom on June 4. The group have also organised an art and photography competition, details of which are on page 12. All the games and events will be free to attend.

The group are looking for any businesses and residents who would like to donate raffle prizes or make larger donations to support the events. For more information, visit the Withernsea Celebrates the Jubilee Facebook page.