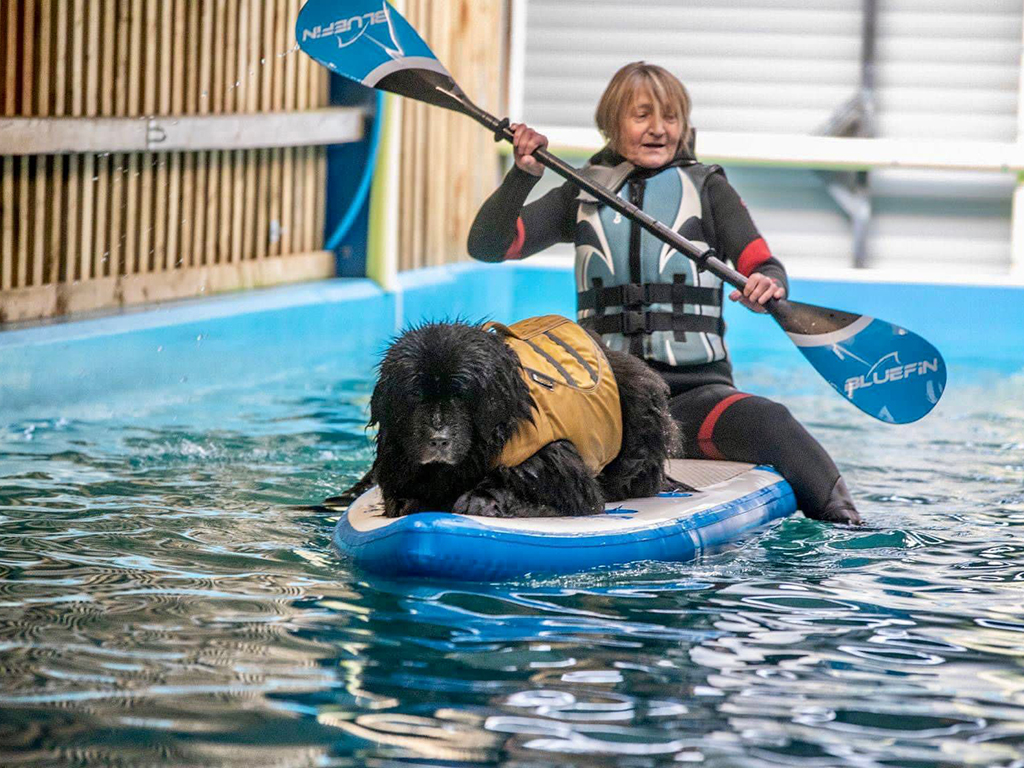 Hornsea Inshore Rescue is mourning one of its greatest supporters with the passing of super-fundraiser and friend Chris Foster.

Station manager Sue Hickson-Marsay explained how the couple’s eight-year involvement with the HIR came about by accident.

“They even helped train crew members with their dogs and we took part in exercises at Welton Waters. We have the ashes of one of their dogs – Troy – at the centre here in Hornsea.”

Mr and Mrs Foster, from near Doncaster, ran a group called Welton Waters Adventure Centre Canine International (WWACCI) near Brough, East Yorkshire, which became known as the “wacky dogs” – a play on the group’s initials.

HIR trained at Welton and the Fosters also helped with sea training at Hornsea – one popular exercise was getting the dogs to do a fake rescue of crew in a dinghy.

The Fosters were a common sight at HIR events – some of their dogs even pulled a mini-cart for children to raise funds.

Phil Foster told the Gazette: “Since Chris Clarke saw us down at the sea that day – it has just stemmed from there. My Chris had a great rapport with all of them – there was always some great fun and banter.

“Chris loved the inshore lifeboat. I have asked mourners not to bring flowers to her funeral service but have set up a JustGiving page to donate to the Hornsea Inshore Rescue.”

Mrs Foster died after a long illness and is survived by her husband Phil and their three grown-up children.

Mrs Hickson-Marsay added: “We were all so shocked when we heard of Chris’s passing.

“She was always so determined to raise funds to help us. We will miss her so much.”