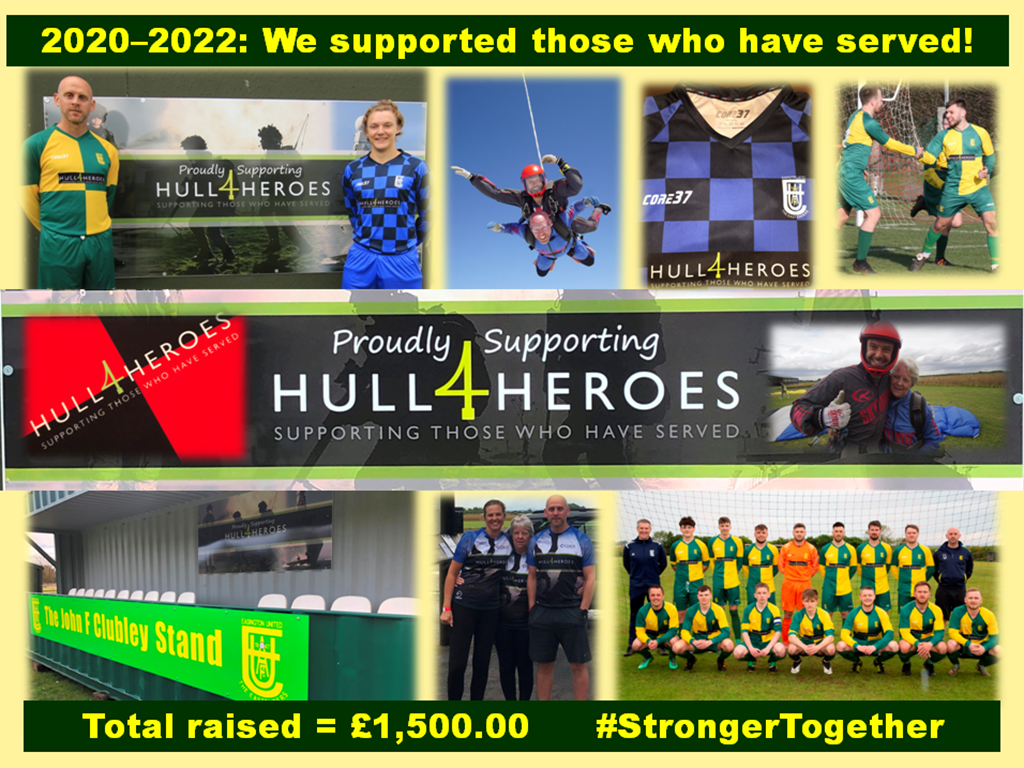 The Eastenders’ 2021-22 season was finally brought to its conclusion on Monday evening, when Northern Wanderers Vets conceded Tuesday’s scheduled trip to Low Farm.

The resulting 1-0 win does nothing to enhance the Awd Ezzies’ placing of sixth in Division 5 of the Hull & District Veterans League, but it does put paid to Northern’s hopes of pipping Swanland Vets to the second promotion place behind Holme Rovers.

Despite falling away themselves toward the end (not helped by concession of the recent double-header at Holme), it has been an enjoyable campaign for the locals, one that also saw Darren Thompson finish runner-up to Holme’s Liam Allott in the scoring charts; Thompson’s 26 goals being three shy of the winner.

The Awd Ezzies were also pipped as the Vets League’s top scorers overall by Cottingham Rangers, whose 66 goals in gaining them a second-place finish in Division 2 was a goal better than Easington’s. On the whole, however, co-managers Daniel Campbell and Steve Ward will be more than pleased with their team’s efforts, which have been accompanied by an excellent spirit this season and which should bode well for 2022-23.

Elsewhere, the club is keen to acknowledge the efforts of all who have contributed to helping Easington United AFC continue during what has been a very difficult time, since the pandemic first struck two years ago.

The first thank you goes to Hull4Heroes, with whom we are about to bring to an end a very productive two-year partnership. It is one that has proved very enjoyable and is a cause that all club members threw themselves fully behind.

Beginning with the use of the veterans’ charity logo on the special anniversary kits in 2020-21, we embarked on a fundraising drive that eventually realised £1,500, the money coming from the sale of replica shirts, various sponsored lockdown challenges and the spectacular sight of three volunteers throwing themselves out of an aeroplane over Lincolnshire!

Of the total raised, £500 went to the Veterans Village project and the remainder – to be presented to Hull4Heroes on Presentation Night – will go into the charity’s main account.

Our next set of thanks go to those companies who helped fund the smart range of clubwear/training wear produced in association with APX Performance: Eastfield Farm Residential Home, Gassco, RWE Renewables, Bruce Ryan Homes and Smailes Goldie Group. To the businesses that have supported the club via pitch-side advertising during lockdown, we also extend our thanks: Great Newsome Brewery, HEY Credit Union, Relay Port Agency, Your Local Plant Hire and Your Local Tree Services.

Our appreciation is also extended to Keith Poskitt of Positive Access Solutions for the generous matchball sponsorship in 2021-22. And although too numerous to mention here (but as listed throughout the season or referenced on our website and social media pages), we’d like to thank the various match sponsors and player sponsors whose support has been vital over the past few years.

As a committee, we are indebted to the various helpers and volunteers for their efforts and support in 2021-22. In particular, our honorary life member Brian “Brim” Biglin and his fellow ‘ground force’ members Dave Hodgson and Tony Pontone, whose work has proved invaluable in helping chairman Doug Clubley keep on top of things at the Farm of Dreams. It perhaps goes unseen but is never unnoticed.

We also need to acknowledge the support of the Marquis of Granby – in particular Jo and Alistair – who have provided excellent post-match hospitality during often uncertain times. Finally, a word for Richard Snaith and all involved at Patrington AFC. The tie-up between our two clubs has proved very productive and will hopefully continue well into the future as we look to provide a continuing pathway from junior to adult football in this part of South Holderness.

Although 2021-22 will not live long in the memory results-wise, and despite the shattering blow suffered at the start of the year when losing Mickey Bo, the club is determined to make its 75th anniversary an occasion of justified celebration. There are too many people who have worked tirelessly for this club over those 75 years for us not to do so, especially at a time when clubs would appear to spring up then disappear with alarming regularity.

The first of these celebratory events comes in a week’s time, on Saturday, June 11, when the club holds its annual presentation evening in the Marquis of Granby. This will be followed by the official 75th Anniversary Sporting Dinner, which takes place in the Circle Restaurant at Hull City AFC’s MKM Stadium on Saturday, September 24.

Guest speaker is the former Newcastle, Liverpool and England star Peter Beardsley, along with MC/comedian John Gillan. Tickets are priced £40 each and are available from either Daniel Campbell (07794 572250) or Stuart Campbell (07792 770475).

In-between the two events, in partnership with APX Performance, the Eastenders are set to unveil a new 75th anniversary badge and playing strip. As with previous kits, due respect will be paid to the club’s heritage in terms of colours, while also ushering in a new era in style, one that will hopefully bring some success back to the club once more. The new strip will also reflect the club’s chosen good cause for 2022-23, which is the independent Hull Hospitals charity WISHH, of which we have been accepted as offi cial supporters.

Our fundraising efforts will be organised in memory of Mike Wilson and, as such, will be specifically targeted towards Wards 30 and 32 at the Queen’s Centre, Castle Hill Hospital.

With work continuing around the ground throughout the summer, Low Farm continues to look an impressive venue for our level of the game, something that has been brought back into focus regionally following Beverley Town’s successful application to join the Northern Counties East League for next season. It often gets forgotten that one of the main aims of the Humber Premier League when formed in 2000 was to help drive standards up on and off the field.

We are rightfully proud of our efforts to do so, and we will continue to work with the village Recreation & Sports Association to continue making Low Farm an attractive venue for the local community for years to come. So, despite the disappointments of the recent past, as you can see the future certainly holds plenty of promise for all involved at Low Farm, on and off the field.

Long before he became a member of the club, Arthur Brummitt once tagged Easington United as “the flagship of South Holderness football”. It is up to those of us who remain committed to the club to ensure that going forward we are worthy of such a description.

Finally, this week marks the Golden Wedding anniversary of our club chairman, Doug Clubley, and wife Rosie. Best wishes go to them from all of us at Easington United AFC. For up-to-date news, check out our club website at easington-united.co.uk, along with our social media pages on Facebook, Instagram and Twitter (@EasingtonUtd).