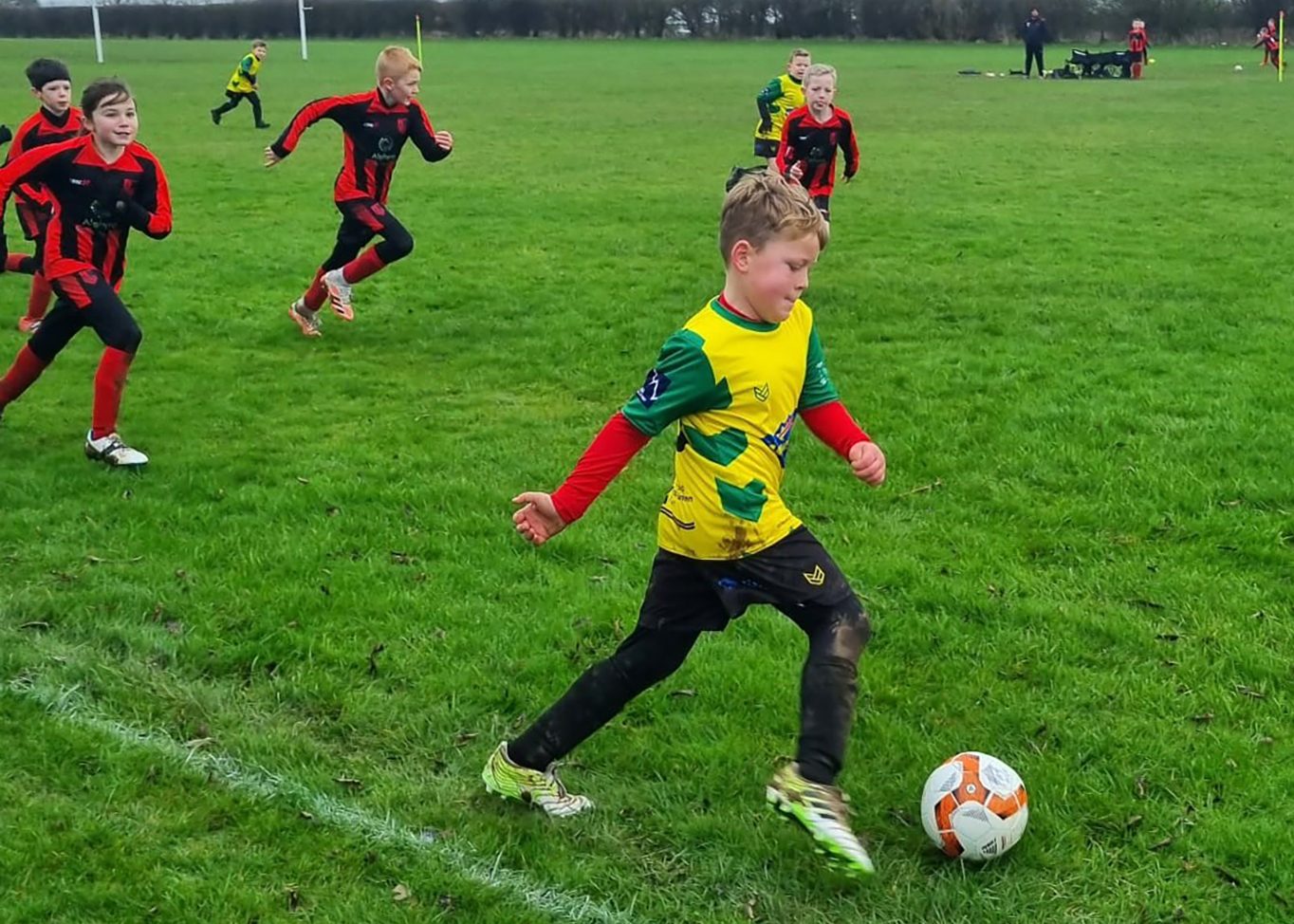 This was going to be a tough test for the boys as they were playing Patrington’s under-10s.

With Patrington having a couple of ex-Withernsea under-10s players such as Archie and Bobby, the game was going to interesting. Game 1 commenced and Withernsea soon got into their stride and started to pass the ball around, giving the Patrington defenders something to think about.

Withernsea took an early lead when Louie played the ball through to Ollie, who then passed into Aston’s path for him to coolly slot home in the bottom corner.

This seemed to spur on the under-10s from Patrington, and Archie was creating more chances for the hosts. Jayden was having a stormer in goal, and, with Edwin and Corey winning tackles in the defence, could we hold out for a win?

The second half soon came upon us and the game was end to end with both teams creating chances, but the hosts got an deserved equaliser when Jack L lobbed the on-rushing Jayden for the ball to finish in the bottom corner.

Withernsea were attacking for a winner, with James and Dylan dangerous on the wings, and with Aston controlling the game from the central midfield role the boys pushed for a winning goal.

The under-9s got caught on the counter-attack and when the Patrington forwards beat Tristan and Sam at the back, they rifled a shot against the underside of the bar, which then came out into Jayden’s safe hands.

Game 1 finished a draw and both coaches couldn’t argue with the result.

Game 2 started and Withernsea mixed things up a bit with Aston and Sam going in goal to give Jayden a run outfield.

The under-10s from Patrington started to dominate the game for around 10 minutes, and they created chance after chance, but Aston was holding firm.

Patrington then opened the scoring when some poor marking by the Withernsea boys let in Jack S to open his account for the morning – his finish was right in the corner and away from the diving Aston.

They then increased their lead when a great ball from Archie found Jack S to double his tally and put the Patrington boys in a great position.

The under-9s from Withernsea kept plugging away, and they got their reward just before the half-time whistle when Louie scored from a tight angle to reduce the deficit.

The final 15 minutes of the game were upon us and with Tristan and Corey keeping it tight at the back, it meant the forwards from Withernsea could push on for the equaliser.

Withernsea soon got their reward when Josh played in Ollie, who then skipped past the defender and ran through on goal to finish in the top corner.

The game was on a knife edge and could have gone either way, but when Caitlin from Patrington broke through the Withernsea defence and for her to finish in the bottom corner, we all thought the game was all over.

But Withernsea rallied together and gave the supporters one final push. The boys got their chance when James won the ball in midfield and played in Louie who then gave the ball to Aston to finish from five yards out.

The games ended in two draws, but this was a brilliant day for the Withernsea lads as they were playing a team from the school year above. The games were enjoyed by both sets of supporters and coaching teams.

This week’s player of the match was shared with the whole team, as everyone deserved the limelight.

Next week the boys travel to Sproatley to play a team from two divisions higher than
themselves, so it will be another big test for the under-9s from Withernsea. Thank you to Dave and Dan (coaches from Patrington) for their hospitality and we wish you the best of luck in phase 2.