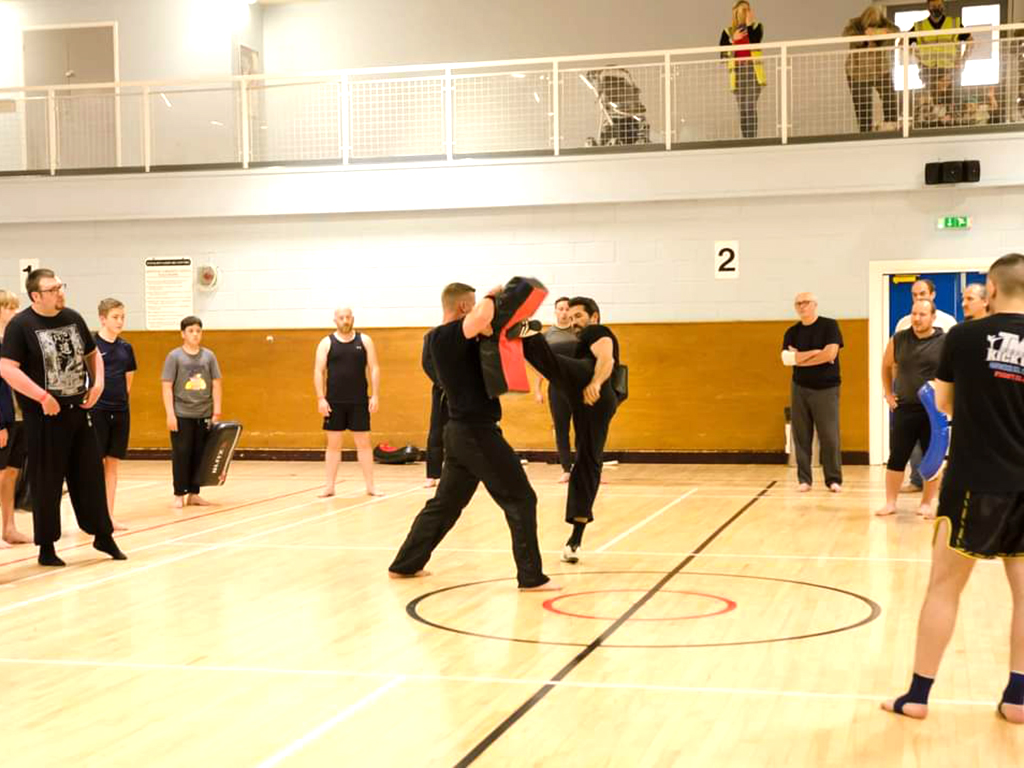 Martial arts supremo and Hollywood actor Scott Adkins came to Withernsea at the weekend for a rare kick-training seminar held at the East Riding Leisure complex.

The event was open to martial artists from all over the world and indeed it was attended not only by people from the region to spectate and participate, but those from South Yorkshire, Stockton on Tees, the North East and as far away as Romania and Poland.

Adkins, 46, who is originally from the West Midlands, is also a writer, producer and gymnast who has starred in numerous films, including four with Jean-Claude Van Damme, and he has also appeared in The Bourne Ultimatum, Zero Dark Thirty and the Marvel projects Mutant X, X-Men Origins: Wolverine and Doctor Strange.

The event was organised by local martial artist Josh Dimberline in conjunction with the Withernsea Karate Club.

Josh said: “I was lucky enough to have a connection to Scott who himself had a short time window to attend in between his filming schedules all over the world.

“And, while we didn’t have much time to pull the event together, on the day it was well attended and a great success, due in part to Scott himself who is an amazing person and everyone who helped from our own karate group and the leisure centre staff, and I would like to take the opportunity to thank everyone involved.”

Susan Richardson, spokeswoman for Withernsea Karate Club, said: “Josh wanted to highlight the popularity and skillset of martial arts at the same time as bringing a big Hollywood name to Withernsea, which for us he achieved.

“The most impressive thing for me was how martial artists from far and wide came up to us and thanked us for putting on the event and giving them all the opportunity to meet Scott Adkins – and, even better, to be able to have actually trained with and be instructed by him.”