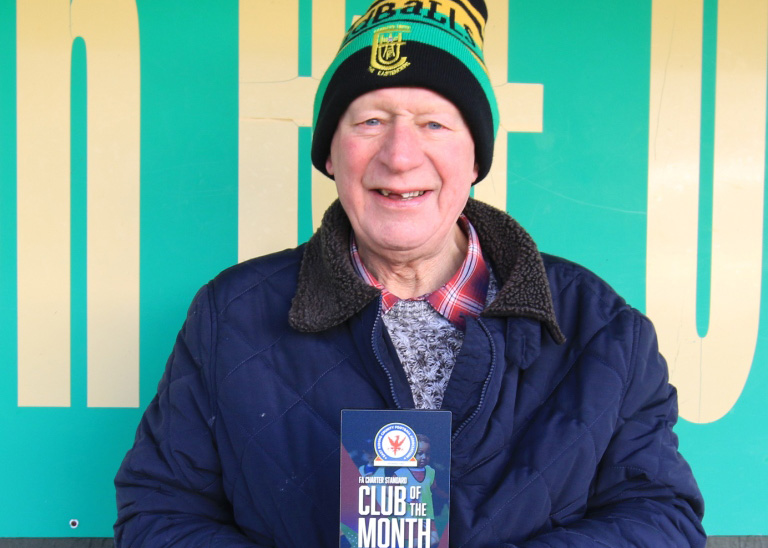 THE committee, management and players of Easington United have been left devastated by the news that vice-chairman Mike Wilson has passed away at the age of 78.

Mickey Bo (as he was familiarly known) died peacefully last Sunday morning, leading to a vast swathe of tributes pouring into the club for a man who was universally liked both in and out of the game to which he dedicated so much of his life.

A full appreciation of the longest-serving and most successful manager in the club’s 75-year history will hopefully appear in due course but for the time being our thoughts very much remain with Mike’s widow Hilary, family and close friends.

Within hours of the news of his passing, several of the players most familiar to Mickey Bo from his time at the helm turned out for the Awd Ezzies in a Hull Vets League Division 5 game away at Preston United. The locals produced a performance of which their former mentor would have been proud; one that saw them end their recent run of poor form with a 4-2 win.

The vets’ win was the only one of another weekend that was again dominated by those players not available for selection, rather than those who were. As hinted at in last week’s report, the Reserves were forced to forfeit their East Riding County League Division 2 game away at leaders Langtoft, while the Fourths may well have had to do the same had Malet Vikings’ home pitch not being declared unfit for use ahead of their Division 7 clash.

The two teams that were fielded both fell to narrow defeats having produced performances that attracted plenty of praise from the respective managers, as well as again illustrating the spirit on show from those who remain committed to the club.

This Saturday we are set to have three teams in action, with the Reserves taking centre-stage at Low Farm where they host Longhill Ravens in the league cup.

The Thirds travel to Skidby to play AFC Cottingham in Division 6 and the Fourths host East Yorkshire United at Patrington in Division 7.

All three teams in action will wear black armbands and a minute’s silence will be observed prior to kick-off.

For the Firsts, it’s another week off before Leeds side Wortley visit Low Farm in the quarter finals of the Yorkshire Old Boys Shield on January 29. Manager Craig Foster has therefore urged his players to get some much-needed game time elsewhere if possible, following the extended recent period of inactivity.

His team last weekend included the likes of Danny Blount and Paul Morrill who’ve barely kicked a ball all season, along with a mix of players, many of whom have hardly featured in the senior squad this term. It’s therefore testament to the work currently being put in that they not only pushed one of the main title rivals all the way – for the second time in as many games – but by rights they should well have been celebrating victory.

That said, results on the field were again put into real perspective by the news received the following day.