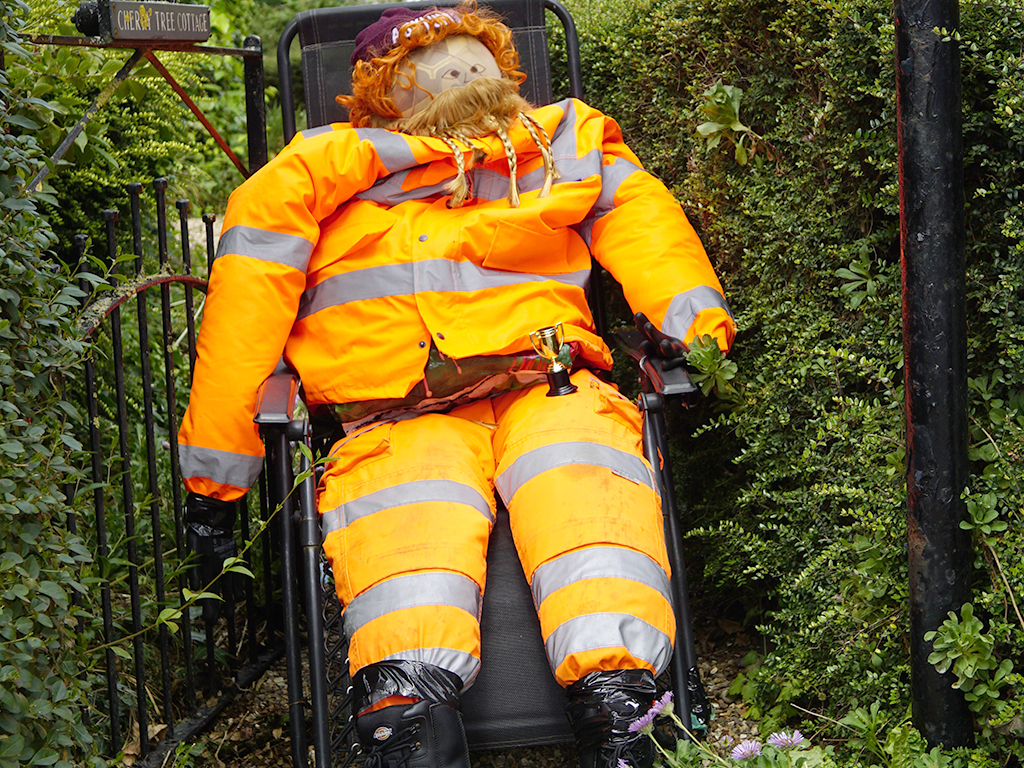 The annual Thorngumbald scarecrow trail took place over the weekend, with more than 37 scarecrows scattered across the village – and one that caused a bit of controversy.

The displays over the weekend of Saturday, July 2, and Sunday July 3, included the Queen and Paddington Bear having Jubilee lunch, St George facing up to the Dragon, a scarecrow jockey thrown by his horse, and a scarecrow carrot.

The displays also included an entry that caused some controversy among residents in the village. Created by Chantel Richardson, the scarecrow in question depicted a well-known homeless local man who had been previously frequenting the villages, causing some concern among residents over his behaviour.

Following a complaint to the pre-school, the scarecrow was disqualified from the competition amid criticism from some that it was mocking a vulnerable person with mental health issues.

Chantel said: “We made a scarecrow to resemble a guy who lived next to our house for three months but has since been banned from the village due to the distress he caused to the residents. We had lots and lots of support for this, but someone took offence and went into the pre-school who were running the competition and complained before they demanded the scarecrow be taken down. The pre-school asked us to remove it, so we did.”

Despite the scarecrow being removed from the competition, many locals found the entry humorous and called for Chantel to put it back.

She added: “We were then contacted by loads of residents asking us to put him back. So, we took the official badge off him and sat him in our front garden so people could still see him.

“We’ve had loads of messages of support and even though he couldn’t win, someone left a little trophy.”