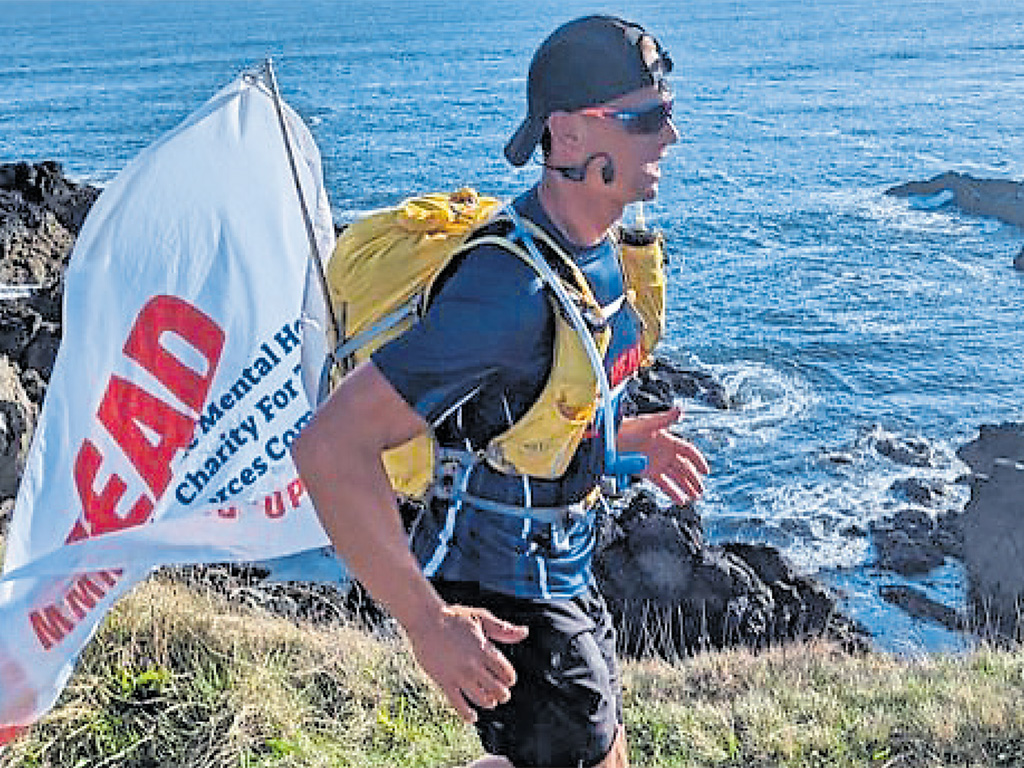 An army veteran has pledged to run around coastal resorts, villages and towns across the UK to raise money and awareness for a new charity.

Totalling 5,000 miles, the journey will see former solider Paul Minter run around England, Wales, Scotland and Northern Ireland with a flag strapped to his back, to promote the Head Up charity, which aims to provide armed forces members with a seven-day “positive mindset” retreat to help improve their mental health.

Since starting his challenge on March 1 this year in Liverpool, so far Paul has managed to complete about half of his journey around the coast. On a typical day, he will often run more than 30 miles with a 10kg bag and flag strapped to his back.

Last Wednesday, May 11, Paul’s journey saw him travel from Scarborough to Hornsea, then Hornsea to Withernsea before heading through the south-west Holderness villages. Throughout his challenge to raise awareness and money for the new charity, Paul has met people within coastal communities who have welcomed him and helped him on his journey.

While some will greet him with welcoming arms and friendly faces, others will provide Paul with shelter, food and essentials needed to carry on his journey.

Although he has set himself up for this challenge, Paul still says that he was never a keen runner and has participated in this challenge to raise awareness and see the coast.

He said: “Being by the sea, there is something quite mystical and magical about it and peaceful and tranquil. And I certainly experienced it going along. You know, I wake up in the morning and I look forward to running by the sea.

“This is my job for the next seven months, if you like, and every day I get to wake and run while seeing new coastal villages and towns. I can see that people are happier by the sea and I can see why. It is a much, much more peaceful way of living, I think.”

Once in operation in September 2023, the charity hopes to help people with mental health and wellbeing by offering a free seven-day course where people can learn different methods and how they can improve their own mental wellbeing including courses on fitness, animal baby music therapy, visualisation, and journaling.

As part of his challenge Paul is hoping to raise £50,000 via his JustGiving page. So far, he has raised £30,650 of his target. To donate, visit justgiving. com/fundraising/paul-minter1