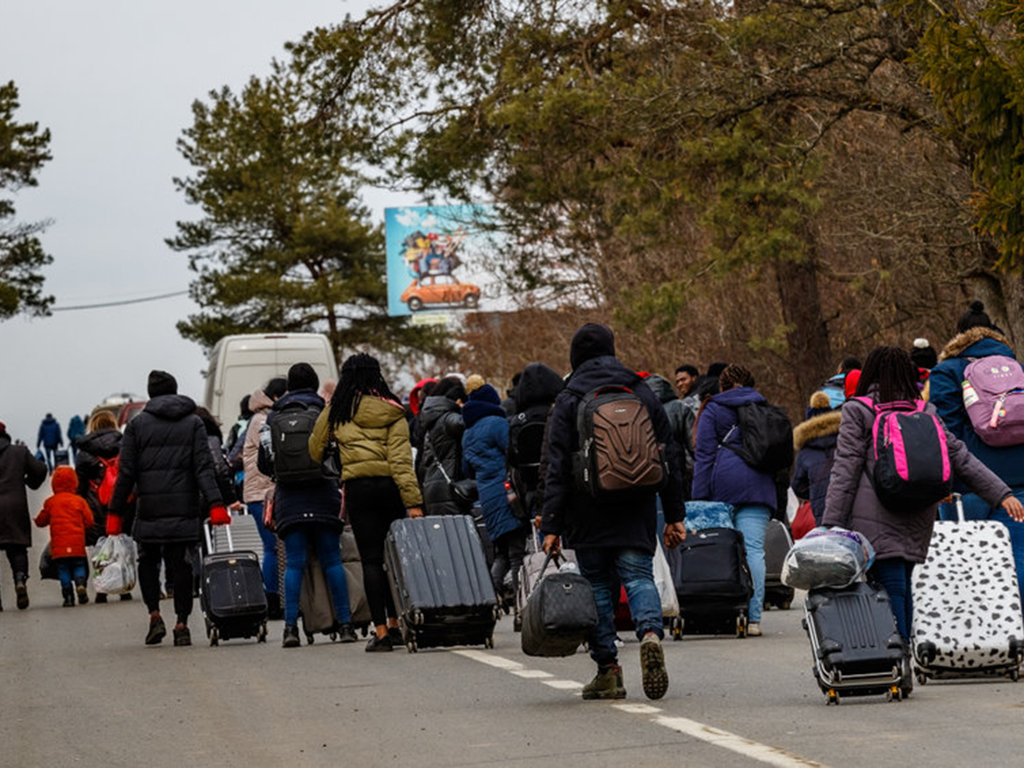 A couple from Sunk Island who are trying to help a 17-year-old boy flee the conflict in Ukraine have appealed to the Home Office to make the visa application process more transparent.

On hearing about the escalating refugee crisis, Jeanette and Jos Kleijnen wanted to help in any way they could, and set out to accommodate two medical students under the Government’s Homes for Ukraine scheme.

Although one student, 23-year-old Marta, has successfully settled into the couple’s home in Sunk Island, the application process has been very different for 17-year-old Andrii.

Due to their work in medical research, the couple were first introduced to Andrii by a colleague of Jos. Andrii is described as a gifted teenager, having been accepted into university before the age of 18. His studies remain active, despite the conflict, and he is attending all his lectures online.

Although many families applying for visas together, because Andrii’s parents are military doctors at a hospital in Ukraine, they are unable to leave the country, leaving him unable to seek a visa and come to the UK without parental support because he is under 18. Learning of his situation, Jeanette and Jos pledged to help him get a visa and bring him to their family home.

On the night of March 18-19, bombs hit a nearby military base, causing Andrii’s house to shake. Fearing for his safety, Andrii left his home with only a suitcase of items, before catching a bus to Warsaw at 3am.

The couple managed to book him a hostel in Warsaw, but the Polish capital was already full of refugees seeking safety. His age also became a problem, as Ukrainian laws determine that anyone under 18 cannot be in a hotel room alone.

Jos and Jeanette then booked him on a train to Amsterdam, while Jos flew to the Netherlands on March 22 to join Andrii and support his application. On March 24, they were able to submit the biometrics and proof of parental provision needed to support the application and complete the process. Jos has now been with Andrii in the Netherlands for five weeks, while Jeanette remains at home in Sunk Island.

Weeks later, the family are still waiting to hear the result of the application and are now concerned for Andrii’s welfare.

Jeanette said: “We’re just kind of stuck. They’ve now moved to their 10th lot of accommodation, so they’ll be staying with friends and family in an Airbnb. They are in a holiday chalet now, so it’s really unsettling for Andrii. He’s not doing brilliantly because he’s scared and just needs to be settled.”

The couple sought support from MP Graham Stuart’s office, the Home Office helpline and other organisations. They were initially told that there was nothing wrong with the application and that it was still under active consideration. Then they were told that Andrii was unable to apply for the scheme because he is under 18, and even parental permissions did not qualify. The couple have now contacted an immigration lawyer for help.

Jos said: “We feel that we are in a very difficult situation. Having promised to support this boy, we cannot now abandon him in the Netherlands – he has no support, no funds, and no means of existing on his own. Are we supposed to return him to the Ukraine?  Once he turns 18, he will not be permitted to leave the country with the current application.”

Many people who have offered to host Ukrainian refugees have complained of red tape surrounding the application process, and according to the latest government figures, only 15 per cent of the 74,700 Ukrainians who applied under the sponsorship route have made it to Britain.

A Government spokesman said: “In response to Putin’s barbaric invasion, we launched one of the fastest and biggest visa schemes in UK history. Over 86,000 visas have been issued so Ukrainians can live and work in the UK.

“The changes the Home Office has made to streamline the visa system, including simplifying the forms and boosting staff numbers, are working and we are now processing visas as quickly as they come in – enabling thousands more Ukrainians to come through our uncapped routes.”