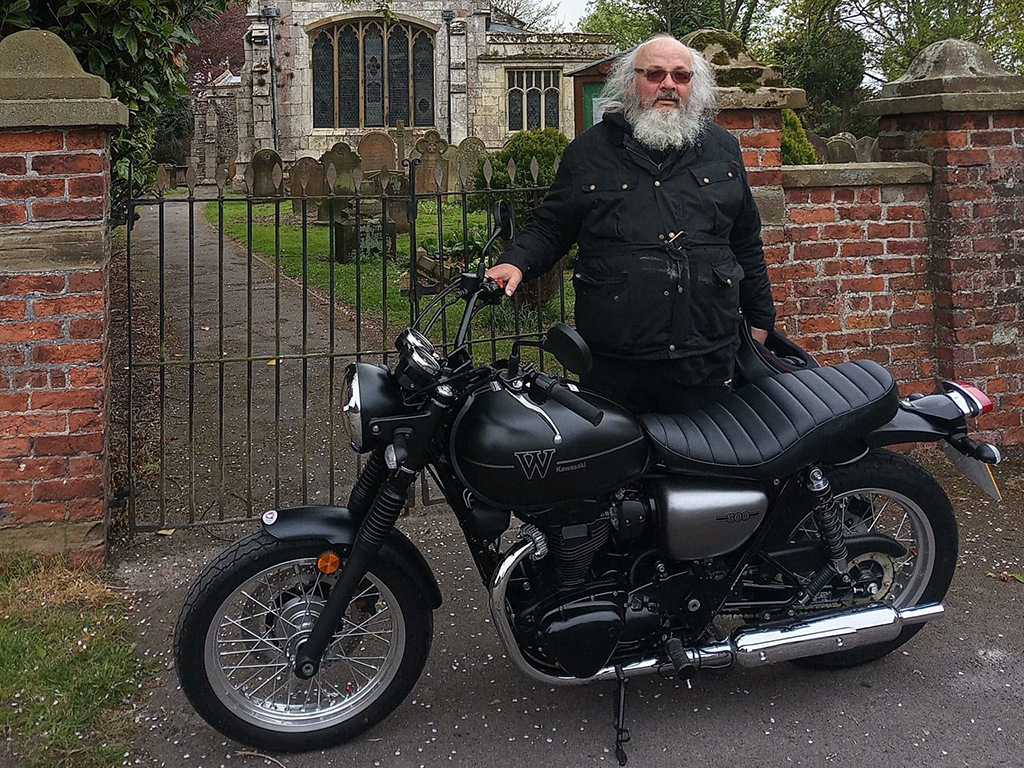 A man who has undergone cancer treatment has pledged to visit all 39 Holderness churches in a bid to raise awareness of the disease while showcasing the beauty of the historic buildings.

Last June, Richard Slaughter, 62, a retired mental health nurse, was told he had three tumours, for which he received multiple rounds of chemotherapy and radiotherapy.

While undergoing the treatment, he contracted an infection, which halted the recovery process – but, he said, allowed him the time to find his faith.

Richard and his wife Julie were informed that he would need an operation, and without it he would only be expected to live another 12 months.

Julie said: “He took my hand and said that the time he had left would be spent living, and we talked about a bucket list. One of these was to get out on a motorcycle as it’s quite a unique experience and gives a sense of freedom. Plus, at this time of year all the spring smells hit you as you are riding.”

Now, as Richard, of Withernsea, is waiting to undergo his operation, he has decided to visit all 39 churches in our region, a challenge he dreamt up after reading Holderness Churches: A Gazetteer, on the East Yorkshire Historic Churches Trust website.

Although he is not aiming to raise any money, the tour will see him raise awareness of the need to talk about male cancers, and it will also provide an opportunity to highlight the deteriorating conditions of some of the centuries-old churches.

Julie added: “He has had kindness along the way and people have offered refreshments as he has travelled the length of Holderness. He’s also had extensive support from local biker groups on Facebook and it has restored his faith in the generosity of people who don’t have to offer anything, but they do with their hearts.”

Richard said: “It’s been empowering and uplifting and has certainly helped my mental health at this difficult time. If you see me, give me a wave, and I will always wave back.”

So far, Richard has visited most of the churches on the list. He is due to have his operation soon, but is determined to get back out as soon as he can. He also aims to participate in a project that will see members of the Hedon community produce a motorcycle calendar and bike event for St Augustine’s Church.