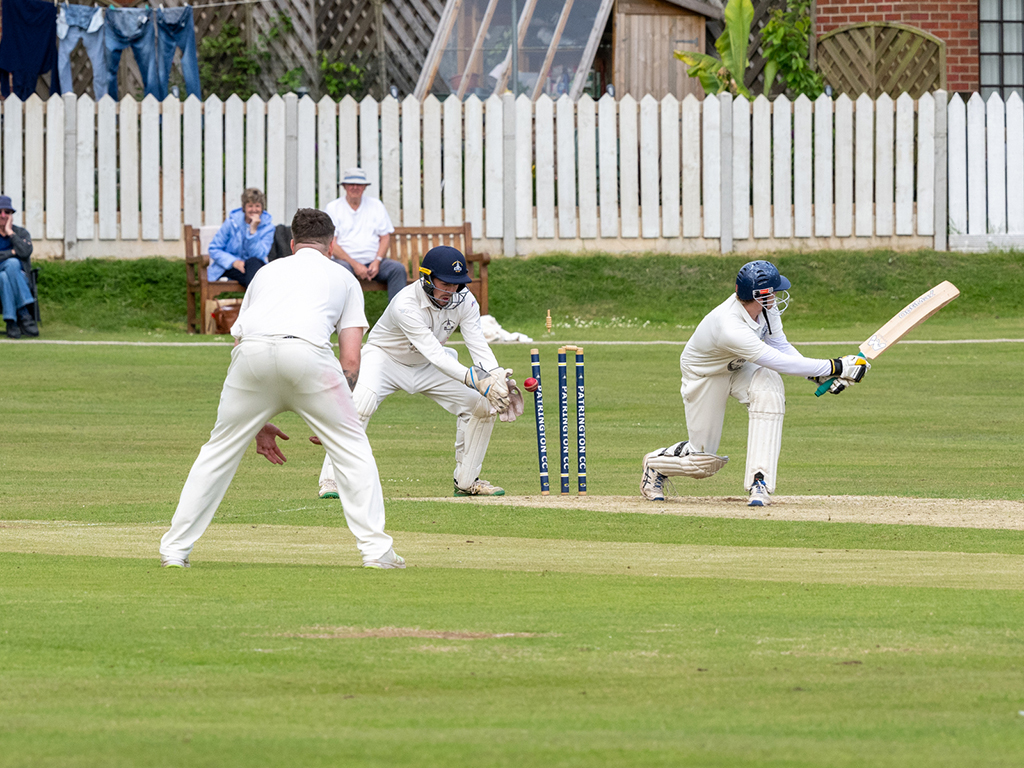 A strong all-round performance from Patrington’s first 11 saw them register an emphatic 197-run victory at home to Scarborough’s second 11 on Saturday to make it five wins from five games.

They sit joint top with Driffield Seconds, who also have a perfect record as both sides set the early pace in the Yorkshire League North Division One East.

After losing the toss, Ashley McKinley’s side were invited to bat first and after some midweek and overnight rain, the wicket had been under cover for the large part of the week and was slightly damp underneath with a tinge of green, so it was going to be a test early doors against the new ball. Despite the early loss of opener Matthew Dixon (9), who was adjudged LBW, his fellow opener Ben Butler together with captain McKinley showed good application to blunt the threat of the new ball while setting up a good platform for the remaining batsmen.

McKinley (36) played with fluency and looked in good touch before he was dismissed for his third score in the 30s this season. Jacob Duffill entered at number four, and he too showed good application as Patrington brought up the 100 just two wickets down at the halfway stage.

Having got himself established at the crease, Butler (38) would also fall in the 30s, his 74-ball innings featuring four fours and a six. 104 for 3 from 26 overs, a steady but not spectacular start and with the hosts unsure of what was a par score as the wicket began to dry out.

The outfield was as fast as usual, and Patrington looked to up the tempo. Duffill and now Connor McKinley played well, boundaries and some excellent running between the wickets saw Patrington gain the upper hand. Yet again, having got set and looking in control, Duffill (35) would be the third batsman to be dismissed in the 30s when he mistimed from spinner Alfie Wood (2-17), ending an excellent partnership of 75. His partner McKinley (41) would soon follow Duffill to the hut when he was adjudged stumped, again from the bowling of Wood.

McKinley’s innings featured five fours and the solitary six in his 46- ball knock, which now sees him head the leading run scorers’ chart for division one. This now brought Curtis McElwee and Bob Eldon-Smith together and they would add 85 for the sixth wicket as Patrington took the game away from the visitors. Eldon-Smith provided the perfect foil for the explosive McElwee (59), the latter enjoying much of the strike and after a scratchy start soon found his rhythm and the boundary.

The hard-hitting all-rounder hit six fours and four sixes in his 34-ball stay at the crease, registering a superb half-century and helping Patrington to an above-par total. Grant Van Es (11) and Eldon-Smith (23) propelled the score before both fell, sacrificing their wicket in the hope of more late runs as Patrington completed their 50 overs with 288 runs on the board.

Once again Patrington’s batsmen posted an excellent score when batting first, effectively taking the game away from their opponents. It was now over to the bowlers to carry on the good work, and they would do just that. McKinley got the early breakthrough with a brute of a delivery, catching the splice of Bedi’s bat and the ball looping to Dixon in the gully.

From here the bowlers kept up the momentum, McKinley (2-30) striking two balls later as the visitors slipped to 15-2. Liam Murrey, in as a late replacement, with Ian Buss having to drop out on the morning of the game, made his first firstteam league appearance since September 5, 2020. He was soon among the wickets, first off removing opener Zakrewski thanks to a catch from Grant Van Es at fly slip, before producing a brute of a delivery that swang away before nipping back through the gate to leave Williamson no chance as the ball rocked back the off stump.

Murrey (4-31) inflicted further damage to leave Scarborough in all kinds of trouble at 29 for 6. It looked as though the game may soon be over, but wicketkeeper Tom Bussey (35 from 23 balls) went on the attack, playing some impressive strokes and hitting a couple of towering sixes to entertain the crowd.

McKinley turned to spin and slow left-armer Grant Van Es was soon into his stride, clean bowling Bussey before producing a peach of a delivery to remove Long for a duck. With the writing on the wall, Collinson (1-12) and Van Es (3-7) wrapped up the innings, dismissing the visitors for just 91 as they recorded an impressive 197-run victory.

It was a good all-round performance, with an improved effort in the field, with only one simple chance going to ground in an otherwise ruthless display from Patrington.

Next week Patrington make the short journey to Hedon to play local rivals South Holderness, with the Southsiders looking to carry on their excellent start to the season.

Credit to Colin Brammer for the excellent photos. They can also be purchased from his website: cbphotos.uk