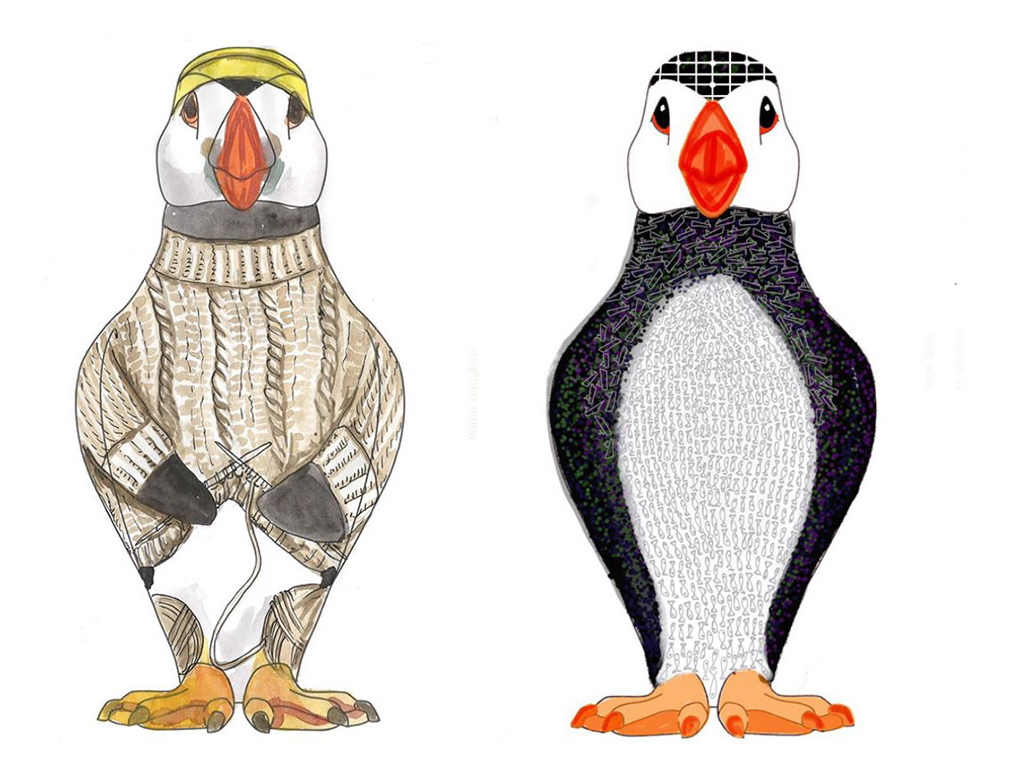 Leaders of the Puffins Galore! project have said they are delighted with the response from local businesses keen to sponsor the sculptures, which will soon be appearing across the East Riding.

The project is modelled on the successful Larkin with Toads and A Moth for Amy sculptures, which were placed in various locations around Hull in recent years.

The 42 individually decorated puffin statues, which have been sponsored by local businesses and organisations, will be placed from Flamborough to Spurn Point from Saturday, July 2, to the end of October to attract visitors to the East Yorkshire coast and educate them about the impact of climate and environmental issues.

Kilnsea, Easington, Patrington and Skipsea will all have one puffin, while Withernsea will have five and Hornsea six. Other puffins will appear in Beverley, Cottingham and Hull, and further north at Bempton and Flamborough.

The puffins’ designs were inspired by stories of the East Yorkshire coast, endangered wildlife of the coasts and seas, global warming, and the growth of green energy.

Rick Welton, art trail veteran and co-director of Puffins Galore!, said: “We’ve been delighted by the generous response from local businesses keen to sponsor their puffin. Puffins seem to be everybody’s favourite bird, and the wildlife themes have really inspired some wonderful designs from artists.

“We had over 150 designs submitted from artists across East Yorkshire but also from much further afield. Over the past few weeks, our artists have been working from their homes and studios around the UK. Quite a few have chosen to work in our makeshift studio-warehouse at the Boathouse in Hull, which has been kindly loaned by culture fans and local property developers Rachel and James Murray.

“The sculptures are already creating a real buzz on social media with people desperate to find out where to find them. The puffin locations will be announced on social media, with our special phone-friendly Puffin Spotters app, and we will be distributing thousands of free puffin trail maps across the region.”

The project has been made possible with support from key partners Yorkshire Coast BID and Visit East Yorkshire.

Kerry Carruthers, chief executive of Yorkshire Coast BID, said: “Being able to support projects like Puffins Galore! that make art and education about wildlife accessible for people of all ages along the Yorkshire Coast is fantastic. The talent involved in designing the puffins alone is worth celebrating, and we encourage everyone to make the discovery of these a must-do activity this summer.”

At the end of Puffins Galore! all the sculptures will be sold, either to their sponsor or at a grand charity auction. The funds raised will benefit Hornsea Inshore Rescue, Yorkshire Wildlife Trust, the RNLI, and the RSPB. The charities have been selected because of their role in protecting the wildlife of the coasts and seas or for their essential work saving lives at sea.