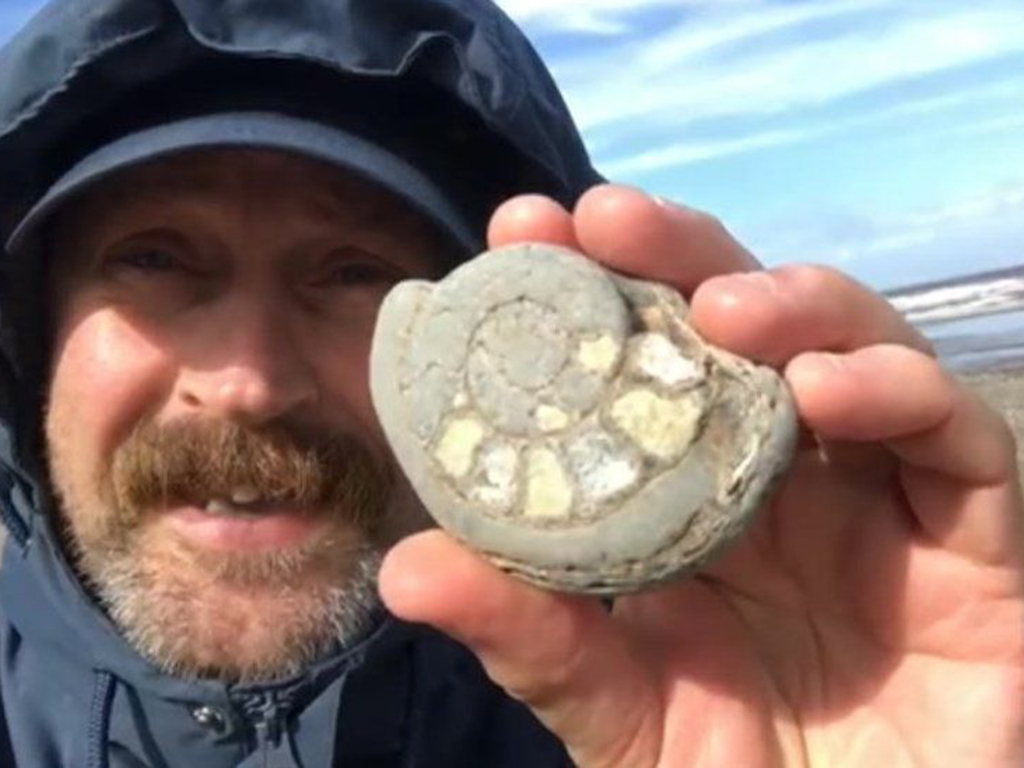 Celebrated pebble enthusiast and poet Dean Wilson has called time on his Pebble of the Day series on Twitter after reaching the milestone of 1,000 days – but fans needing a regular fix need not fear, as he will still be featured in the Gazette each week.

Since moving to Withernsea in 2019, Dean, who was already an accomplished poet, began regular wanders on the beach, and one day he found an unusual pebble.

From then on, every day, whether rain, sun or snow, Dean would find a pebble worthy of attention, photograph it, and put it Twitter.

Many of the pebbles looked like faces, while others had unusual swirls and patterns. Dean chose one every week to write a humorous weekly poem about.

Pebble of the Day helped Dean gain more than 14,000 followers on Twitter, and it also attracted the attention of popular writers and celebrities such as Ian McMillan, J K Rowling, Dawn French and Grayson Perry.

The pebbles also made an impact locally and inspired many people to go out and find their own interesting pebbles. Artist Karen Turner based some of her fabric artworks, including wall hangings and quilts, on the pebbles found by Dean, and last summer, they held a joint art exhibition at Withernsea Lighthouse.

Tuesday, April 26, marked Dean’s 1,000th pebble – and his final one bore an uncanny resemblance to a ninja turtle.

Dean will continue to explore new avenues of work and poetry including the online premiere of his film Dean World on May 5. He will also be performing live at Wrecking Ball Music in Hull on May 13 and 14, to record a new vinyl album which will be released later in the year. The night will also have a raffle and games of bingo.

Despite the Pebble of the Day series coming to an end online, Dean has confirmed that his pebbles and poems will remain a weekly feature in the Gazette.