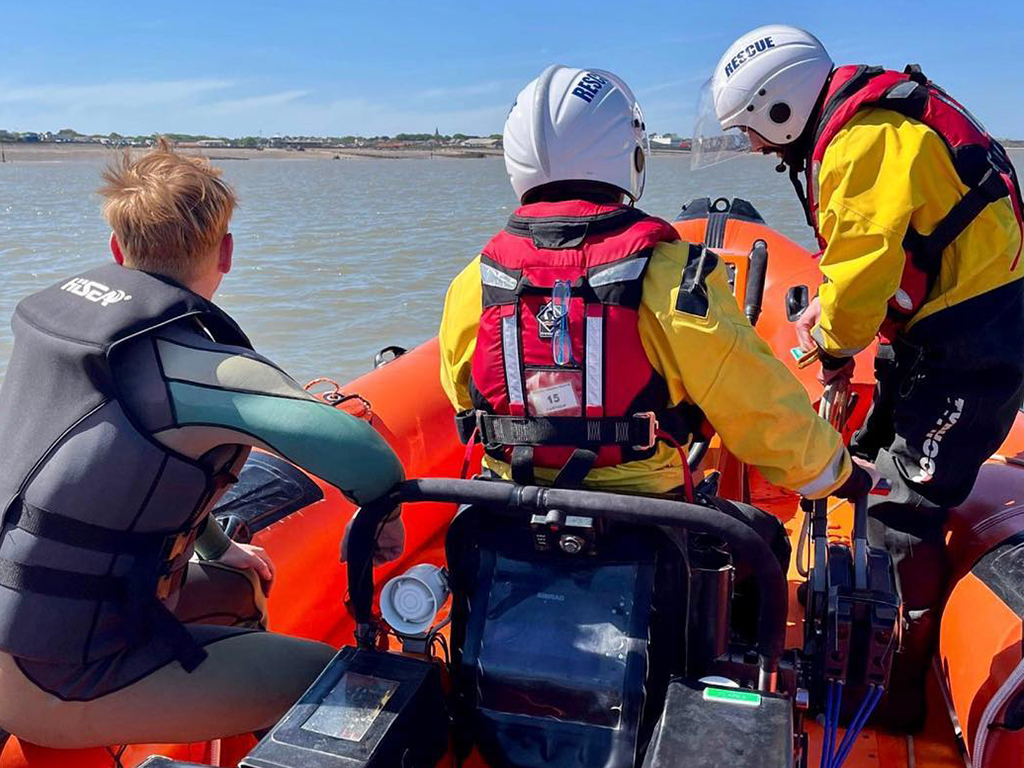 Hornsea’s independent lifeboat has come to the rescue of two broken-down jet skis, saying it was lucky they were spotted as the crew were already out on a training exercise.

During the Hornsea Inshore Rescue training exercise last Thursday afternoon, its shore crew, who observe from the boat launch tower, noticed two jet skis apparently in trouble to the south of the town, just off Longbeach Leisure Park.

They immediately informed the Coastguard and instructed the Spirit of Hornsea to go to their aid. They were on the scene within a minute or so and found that one jet ski had broken down and the other, which had gone to its aid, had got the tow rope entangled in its impeller.

The jet skiers were taken aboard the lifeboat and the two jet skis were towed to the slipway where they were recovered by Hornsea Inshore Rescue shore crew.

Sue Hickson-Marsay, chairman and station manager, said: “It was a straightforward rescue but the casualties were lucky our shore crew had spotted them and we were already out in the lifeboat on a training exercise. Without a very quick response these incidents can quickly develop into a much more dangerous situation.”

Spirit of Hornsea was crewed by Rob Carthew on his first call-out as coxswain, as well as coxswains Sue Hickson-Marsay and Tom Mitchell. The newly qualified launchmaster was Jake Blackburn-Roberts, aided by Adam Collins as shore crew.

Meanwhile, Hornsea Inshore Rescue will be holding its annual general meeting on Thursday, June 23. The meeting will start at 7pm and will be held at the boathouse on the corner of South Promenade and Hornsea Burton Road.

Hornsea Inshore Rescue is a totally independent organisation run entirely by volunteers and receives no government nor RNLI funding. It is not part of the RNLI.

Visitors to Hornsea Inshore Rescue and volunteers are always welcome whether they would like to serve as crew (comprehensive training is given), fundraisers or general helpers. Anyone interested is welcome to phone Sue on 07796 257989 or Ian on 01964 534302.