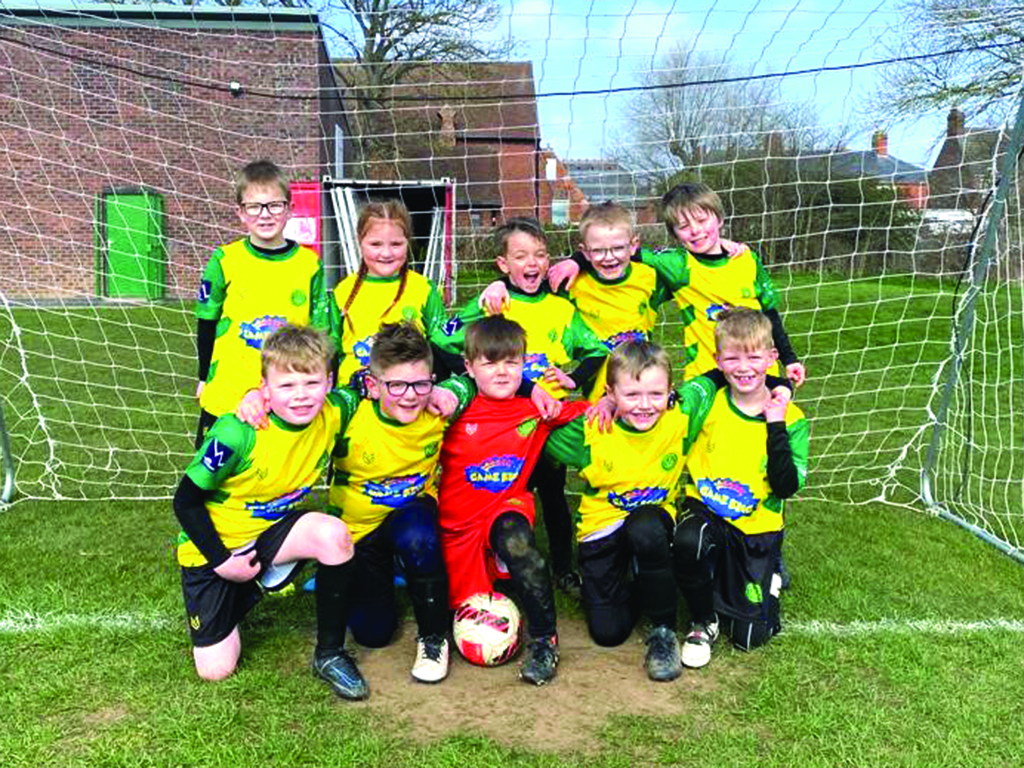 THE under-7s welcomed Kingswood at home, and as the first half of the first game got under way, it was end to end action and some of the best play we had seen from the Withernsea side.

Carlton was bright and alert in goal and made some really good saves from some fast balls coming in at him. Albie was absolutely outstanding in defence and a great player in front of Carlton in goal. Jacob was a little hesitant but still dug deep in winning the ball.

Sam had some great runs and played a good game up and down the pitch. Robbie turned up on fire, fighting hard continuously to win the ball. He has learned some great ball control and showed real skill in winning the ball back from his opposition.

The second half saw Billy having a bit of a day and he just couldn’t get his normal clearances in. Lexi was in her usual “find a space and run to it mood” and played a steady, consistent game throughout. Fred, who was under the weather, still turned up and didn’t disappoint with his effort in getting the ball rolling and trying to get it to the right end of the pitch.

Freddie was finding himself having to play a defensive game, as were all the team. He was still like a whippet up and down the pitch, showing that no matter what play was needed he could rise to the occasion, with Fred at his side to back it up, and despite the lack of ball in net the pair never gave up and fought for every ball.

Frankie had a bit of a wobble in goal but even that couldn’t take away from the skill he has on the ball and his complete lack of fear; he also made an excellent clearance over the crossbar. Game 2 was a quieter game in the Withernsea camp with some flagging and a few scrappy plays and silly mistakes. Jacob stepped up his marking and gave some good challenges to the other players.

Robbie was unstoppable and really found his full confidence with full pitch runs with the ball and was so unlucky not to get the finish. Albie was on fire in defence and never gave up on a single ball, saving the team from picking the ball out of the net several times – absolutely amazing play.

Carlton had a really positive day and played the team well with Frankie sharing goalkeeping duties; he was in good spirits both in goal and on the pitch. The second half brought a weary Withernsea on and it seemed like a never-ending slog. They did well to keep up and keep going.

All in all there were some great improvements all round and it was a great effort against worthy opponents.

Player of the match: Robbie, and well deserved – he brought his A game and fought for every ball he had.

Parents’ player: Albie again another outstanding week in defence a complete line of defence all on his own and a powerhouse against anyone attempting to get to the goal.

This week’s parent award goes to our very own coach Will, for continued desperation, often heard shouting “get the ball”, “get in the box”, “stop marking each other”, “ spread out” – but today he just broke it down to “any of you, one of you!” We felt your pain. Don’t worry, Will, they all appreciate you and they wouldn’t be where they are now if it wasn’t for you.