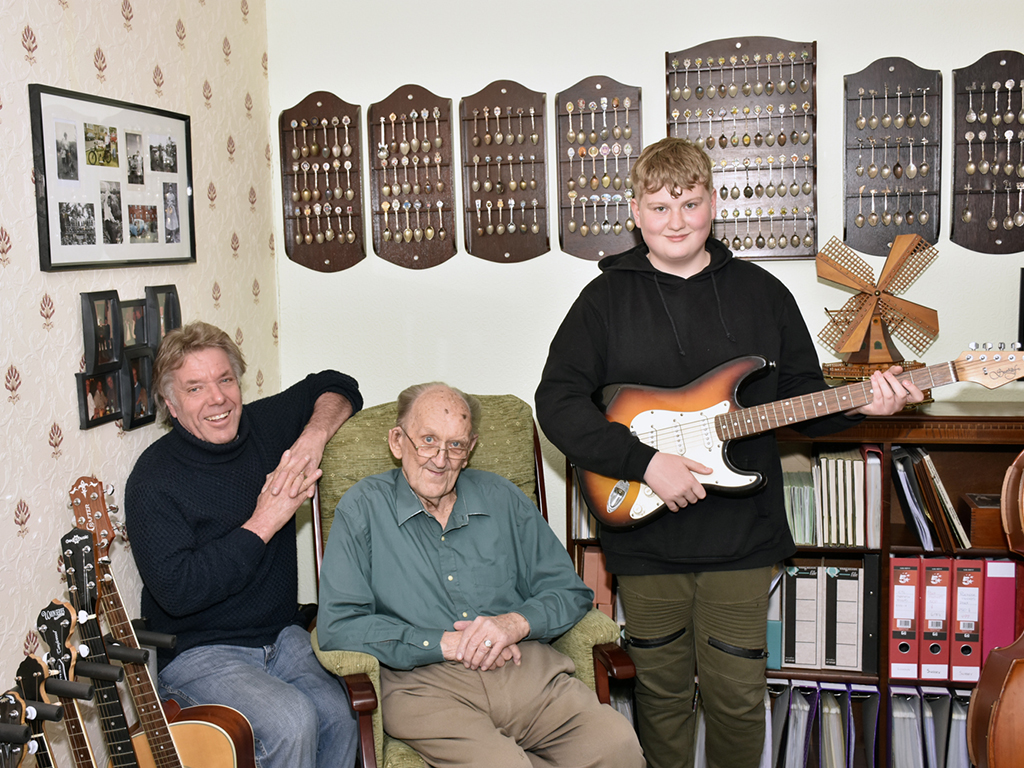 A Withernsea boy is one step nearer to fulfilling his musical ambitions, thanks to a local folk club.

Connor Wood-Bates, 14, had been saving up for a new guitar to help him with his GCSE musical studies when members of the Beggar’s Folk Club heard about it.

The club had been donated several guitars by a Withernsea musician and had already auctioned off two of them, but decided that Connor deserved one of them, a Sante Fe six-string electric guitar.

Club member and musician Bob Parkes renovated and tuned up the instrument and this was presented to Connor, a Year 9 pupil at Withernsea High School.

Needless to say Connor was not only surprised but highly delighted with his new guitar, which came complete with an amplifier, also donated by club members.

Now he can practise his music ready for his exams and also hopes to get involved with school musical productions.

The Beggar’s Folk Club meets every Thursday evening at Singleton Court in Patrington and feature performances by guest artistes as well as their own members.