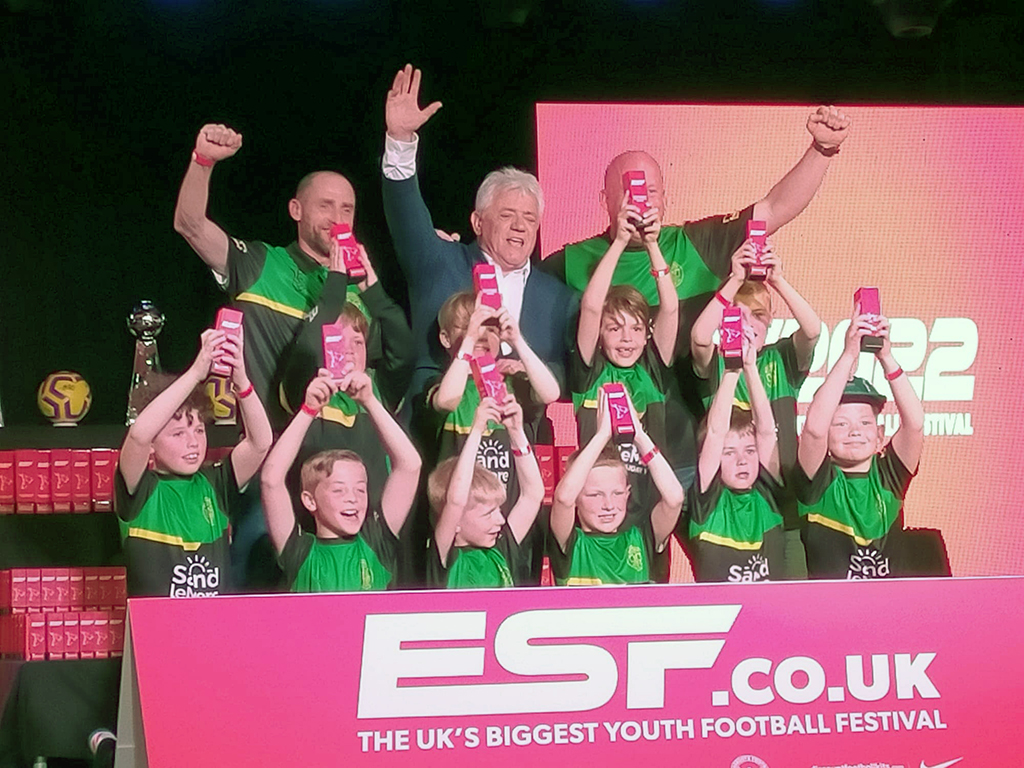 WELL, what a weekend for our young Seasiders – an action-packed two days including football, funfairs, swimming, team bonding, night-time entertainment and making memories.

It had finally come around for the Withernsea under-9s to attend the ESF Butlins football tournament in Skegness.

In total there were 150 teams on site with teams travelling from as far as Scotland, Cumbria, Newcastle, Essex and even Spain. In the under-9 section there were 28 teams split into four groups.

Day one of the tournament started with a goalless draw against the group winners Killingworth YPC, and then followed with a loss to second-placed Dunscroft JFC.

The boys then got their win when Josh and Louie both finished well to get the victory over Moulton Magpies. The Seasiders were in with a chance of qualifying from the group at the end of day one.

Day two was soon upon us and I think the late night and hours of swimming the previous day had a part to play. The boys narrowly went down by a single goal to Whitehaven Yellows, and then got a draw against Rufforth Rangers.

The last game of the day was the best of the entire weekend. Although it was a goalless draw against Shifnal Town, the boys played their best football. We had numerous chances to kill the game off, but the Shifnal Town keeper was on fire.

The highlight of the weekend was the presentation evening – it was the perfect finale to end the tourna- ment. It made the young footballers feel like profes- sionals as trophies were presented to every child by Liverpool and England legend Kevin Keegan. He gave a great speech, and all the boys have hopefully taken on board his tips and advice.

Keegan also brought his first ever England cap for the presentation, and every team captain got to wear the cap for the photoshoot.

The winning team was Northampton Juniors, who beat Killingworth in the final.

The whole weekend can not be put into words, but we hope the pictures just show how the boys enjoyed their trip. The Withernsea under-9s are not just a team, we are a footballing family.

If any junior side was looking to attend this event, we fully recommend it. We want to thank every parent, family member, friend or club member who donated to our fundraising page to help this trip happen.

Roll on 2024, when we are look- ing to organise a football tournament to Barcelona.