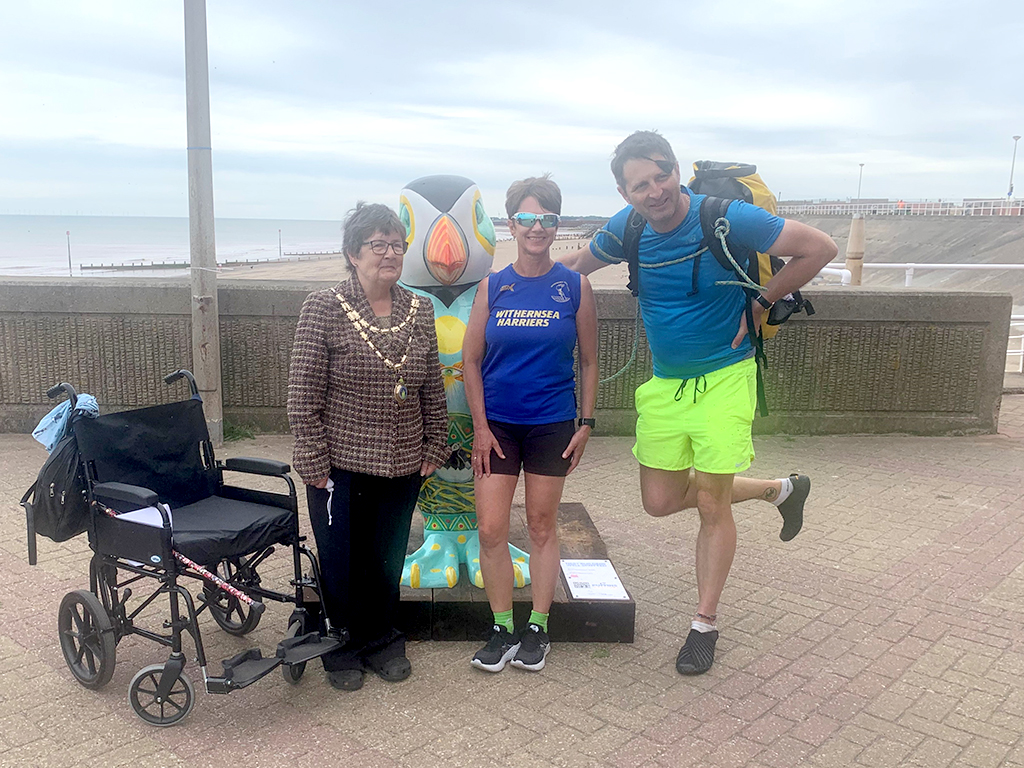 A London man who set himself a challenge to run around the country’s coastal paths to raise awareness of plastic waste has met residents and local councillors on the East Yorkshire leg of his journey.

On Tuesday, July 12, Luke Douglas-Home, from Notting Hill, ran along the beach from Withernsea to Hornsea to raise awareness about the impact on the environment of discarded single-use plastics.
He was prompted to begin his journey because he “wanted to overcome frustrations over the lack of efficacy and impact of COP 26” and said it had turned into a “growing initiative with immediate results on reducing plastic pollution of our seas”.

As part of his challenge, Luke has also run along 13 stretches of the Norfolk and Lincolnshire coastlines, before embarking on the East Yorkshire stages. Throughout each stretch he has collected at least 1kg of plastic for every 1km run. Each stretch also normally begins with a two- minute beach clean, and people have been encouraged to come along and join him. So far, he has run 300km and has collected 140kg of shoreline plastics.

Starting at the RNLI lifeboat station on Withernsea Promenade, he set off on his latest journey at 11.30am, supported by Withernsea town councillor and member of the Withernsea Harriers Carole Brattan, who ran along the coast with him. Luke also met Withernsea mayor Jacqui Blackburn and Cllr Ian Blackburn.

Jacqui said: “The East Riding could do better, but there again, so could we as individuals. I, personally, could probably do more than I do, and as Withernsea’s mayor, perhaps I should do more to encourage both visitors and locals to play their part in helping the environment.

“Most of us are far too casual about the excessive use of plastics and plastic packaging in our lives, and of disposing it in an environmentally friendly way.

“Members of our local youth club recently did a litter pick along our shores. We’ve had good weather and plenty of beach time since, and our newly installed puffins as part of the Puffins Galore! trail have attracted extra visitors while also highlighting environmental issues.”

Luke said: “Shoreline plastics are a massive problem, but we can all just do a little bit more by not just chucking the stuff. Just put it in the bin.

“This is just the formidable problem of our times, the amount of plastic that is just been chucked into the seas. For example, on the last run on the Holderness coast, there was a dead dogfish that was wrapped up in plastic. The impact of plastics is not only on the wildlife and the seas, but also in our blood, and we don’t know the consequences of that.” To donate, visit justgiving.com/crowdfunding/thecoastlinerunner or follow Luke’s journey at clearpublicspace.org/blog