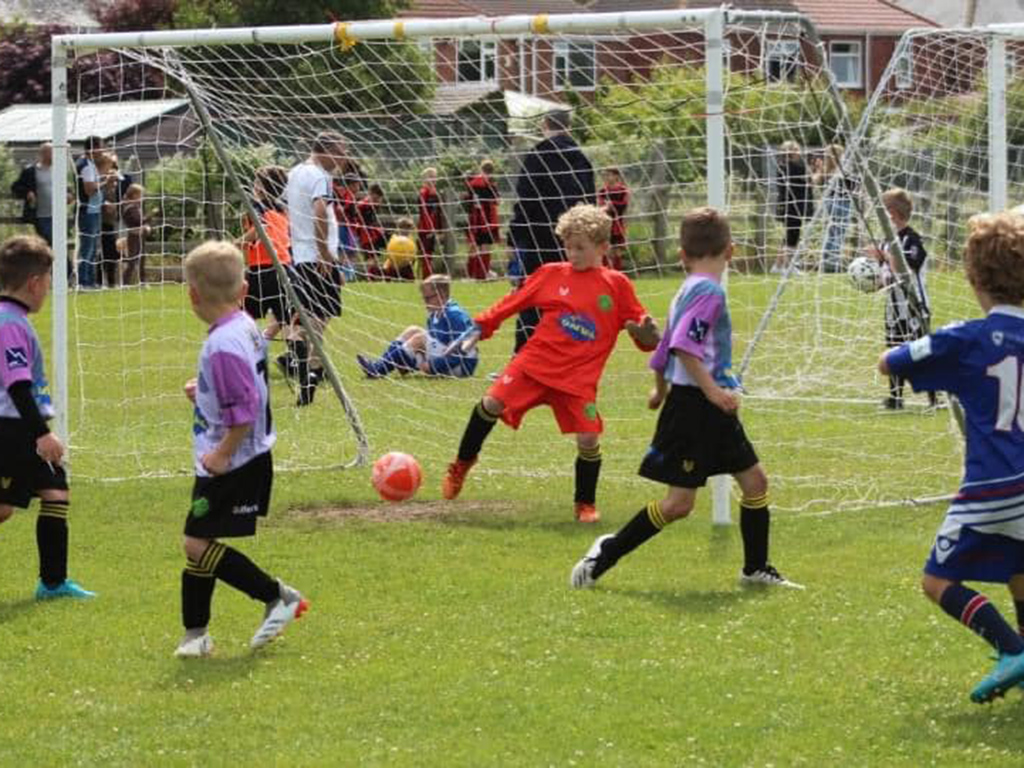 FOOTBALLERS young and old flocked to the Withernsea AFC playing fields in Hull Road last weekend for the annual Grace’s Day tournament in aid of a charity that supports parents who have suffered baby loss.

The event, which was set up by Sophie McBride after she lost her daughter Grace at just 36 weeks of pregnancy, raised nearly £3,000 for Abbie’s Fund, which provides memory boxes for the maternity unit at Hull Royal Infirmary’s Women and Children’s Hospital.

On Saturday, June 18, the tournament featured men’s, under-six and under-10s teams fighting it out for the winners’ medals, and there was a host of other entertainment including a penalty shoot-out, bouncy castle, barbecue, raffle and tombola, homemade cakes and more.

Hedon Rangers won the under-sixes’ tournament, Thorngumbald Barrons triumphed in the under-10s, and Baston Borja Brothers were victorious in the men’s game.

Sophie said: “I have received so many compliments about how well the day was organised, and I can’t believe I did it. I appreciate every comment, text and message I’ve had about how much all the kids, parents and coaches loved it and it just fills me with happiness knowing everyone had a great day.

“Abbie’s Fund is going to be able to bring a small amount of light into a very, very dark time in another parent’s life, and everyone who attended is contributing to that, and that is something to be proud of, so thank you all so, so much.

“Losing Grace at 36 weeks pregnant, my life would have been a whole lot different if I didn’t have my daughter AP, and then to go on and have her little brother, our rainbow, Jax. They kept me going through it all, and then Koby when he came along too. On Saturday, adding the boys age groups to Grace’s Day was my thank you to them and I am so grateful it was a success. See you all in 2023!”