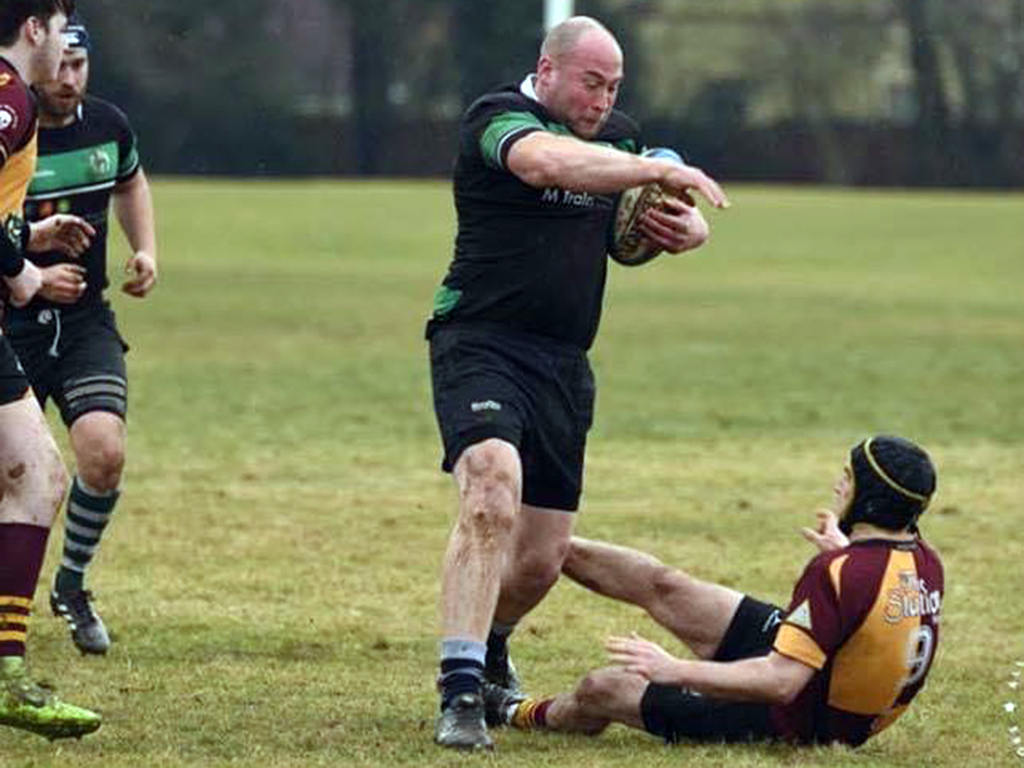 HORNSEA RUFC’s head coach, Steve Arnott, has decided now is the time for him to step down and call time on what has been six very committed years of volunteering at the club.

Not only was Steve head coach of the men’s section, as well as playing regularly for the first XV, he also coached the ladies’ section for two years following their formation and has also assisted in the mini/junior section over the years.

It seems like only yesterday that chairman Nick O’Mahony and myself met with Steve at the Swan Inn at Seaton, following him making contact with us after we had advertised for a new club coach.

On that evening, Steve came across really well and sounded up for the challenge ahead, and we were impressed with his ideas and plans. Nick and I, shortly after this, decided that Steve was the man for the job and we welcomed him on board in the summer of 2016.

At that point, we didn’t really know Steve, and weren’t entirely sure on what we would be getting. What we found out over the next few weeks, months and years was that once Steve commits to something, you have his absolute all. Commitment is probably one of Steve’s best characteristics – he fitted in superbly with our small leadership group. As some may be aware, once you are involved with a grassroots rugby club you can quickly gain additional roles, and to his great credit, Steve took on everything that the club threw at him!

The newly formed ladies’ section needed a coach and Steve was first to put his hand up to say he’d assist, and one of the reasons the ladies’ section is still moving forwards is thanks to the effort and time Steve put in from day one to coach the fundamentals of rugby union.

The ladies’ section was, and is, incredibly grateful for everything Steve did for them and they wanted to say: “We would like to say a massive thank you to Steve for all of his time that he has given us. He took us on when many were sceptical of where it would all end up.

“Steve has given us his all as well as playing for and coaching the men, being a husband and a dad of three young children and running a farm.”

Steve’s time with the men’s side coincided with Gareth Laycock becoming club captain. They built up a strong bond and worked well as a duo, in what was a difficult first season in the Yorkshire league following some player retirements and number reductions.

This did not deter Steve, and once the club decided to have a spell in the Merit League to regroup, Steve, as ever, set to work to make improvements which slowly started to come to fruition.

Three years of improving year on year saw us well placed to win the Merit League in 2020, with only Covid arriving and putting paid to that opportunity.

Steve, along with the rest of the committee, was keen for us to move back into the Yorkshire League once rugby returned following the enforced Covid break, and he acquitted himself well, assisted by Jonty Ashton, to ensure the club qualified for the Yorkshire Four Premiership, in our first season back, and which finally saw us finish a creditable seventh place finish out of 15 teams.

Gareth said: “I first met Steve at the AGM where he stepped forward and took on the role as coach. As soon as I shook his hand as a captain and coach combo it felt like a partnership. Little did we know that on that calm Thursday evening enjoying a pint at the Rec that we’d need to be a tight duo to tackle the upcoming season.

“That first season was tough; away days were arduous and home games not much easier, but we were in a state of needing to rebuild as a club and re-establish ourselves. Steve’s knowledge of playing at a higher level was starting to filter through his coaching to the lads, and we now had a figurehead, a club coach to drive us forward, and this is exactly what Steve did. Training was once again structured and organised; we started to work on drills that improved not only our skills but framed the way he wanted us to play on a Saturday.

“Following our first season the years got easier, availability improved and the reduction in travel definitely reflected in our results. Despite this upturn Steve’s commitment never wavered – he has been a stalwart and is a reason the club is enjoying successes more recently.

“I feel honoured to have partnered alongside Steve for the past six years – he has supported me throughout thick and thin! It’s been a pleasure to play in the back row alongside him and more importantly to have him as a good pal.”

So, as we say farewell to Steve, just in a coaching capacity, we hope, I’d like to put on record my thanks to Mr Dependable for everything he has done for the club. Whether it be coaching the men, the ladies or the minis, carrying out ground improvements, playing, or simply helping out around the club, Steve has proved to be a fantastic asset at Hornsea RUFC. In this day and age, volunteers can often be hard to find, especially for a six-year stint, and in Steve we gained a rock and gentleman to go with it.

Thank you – respect, and all the best, Steve.